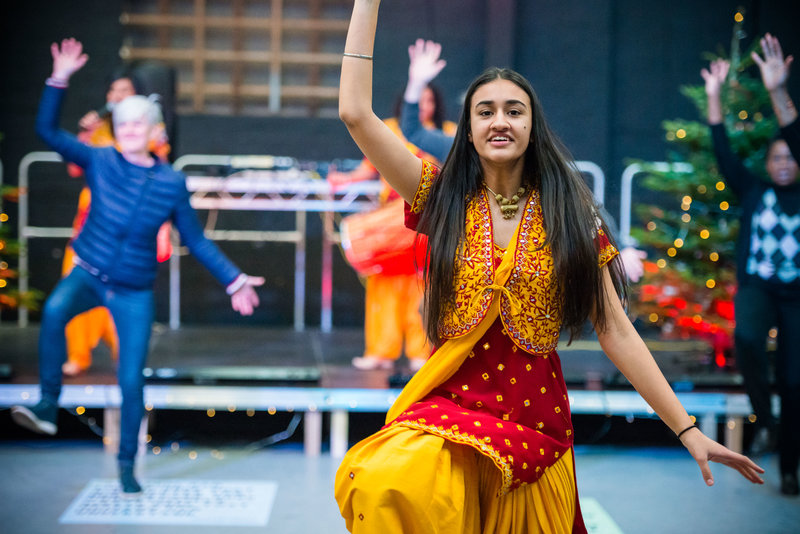 Young people from Wolverhampton, under the age of 25, are wanted to help shape and reimagine the High Streets of the future.

A team from Wolverhampton has been accepted on to Actors of Urban Change, a community-driven international good practice network that promotes sustainable urban development in Europe.

Youth Lab – Wolverhampton has been chosen as one of ten teams from over 170 applications across Europe to join the programme. The project will support young people to have a voice in the city’s future.

The Wolverhampton project will focus on how young people can actively participate in co-designing their city, especially through arts and culture, and assist in identifying the vision for the Town Deal for the City of Wolverhampton.

The project will be shaped by members of the Youth Voice Forums as well as students and young people from across the city over the next 18 months. There will be several digital projects piloted during this time including an online live-drawing workshop with artist Dan Griffin-Hayes in June.

The first step is to ask young people under the age of 25 to fill out a short survey of their thoughts on the city.

Professor Laura Caulfield, Founding Chair of the Institute of Community Research and Development at the University of Wolverhampton says:

Kush Patel, Children’s Innovation Lead at City of Wolverhampton Council: “It’s very rare to have the opportunity to learn from other cities [in Europe] and bring that learning back. This is about real world learning to co-design the infrastructure of the city and show young people: ‘you have a say in all of this, from concept to reality!’”.

Liam Smyth, Creative Producer at Creative Black Country says: “Being part of Actors of Urban Change is an outstanding opportunity for Wolverhampton. With the British Art Show coming to the city in 2021, the timing couldn’t be more perfect to get young people excited about being creative and making a difference in their city.”

The Actors of Urban Change programme began with a kick-off meeting in Berlin in February.

The team will now work together to develop their project through a combination of local resources, financial support from the Robert Bosch Schiftung and the knowledge of city-building experts who will be invited to visit Wolverhampton from across the world.

If you are a young person in Wolverhampton who would like to participate then the team want to hear from you. Please email info@creativeblackcountry.co.uk for further information on how you can take part.

Youth Lab - Wolverhampton is supported by Actors of Urban Change, a program by MitOst e.V., funded by the Robert Bosch Stiftung.

Submitted by Kerry from Black Country Together