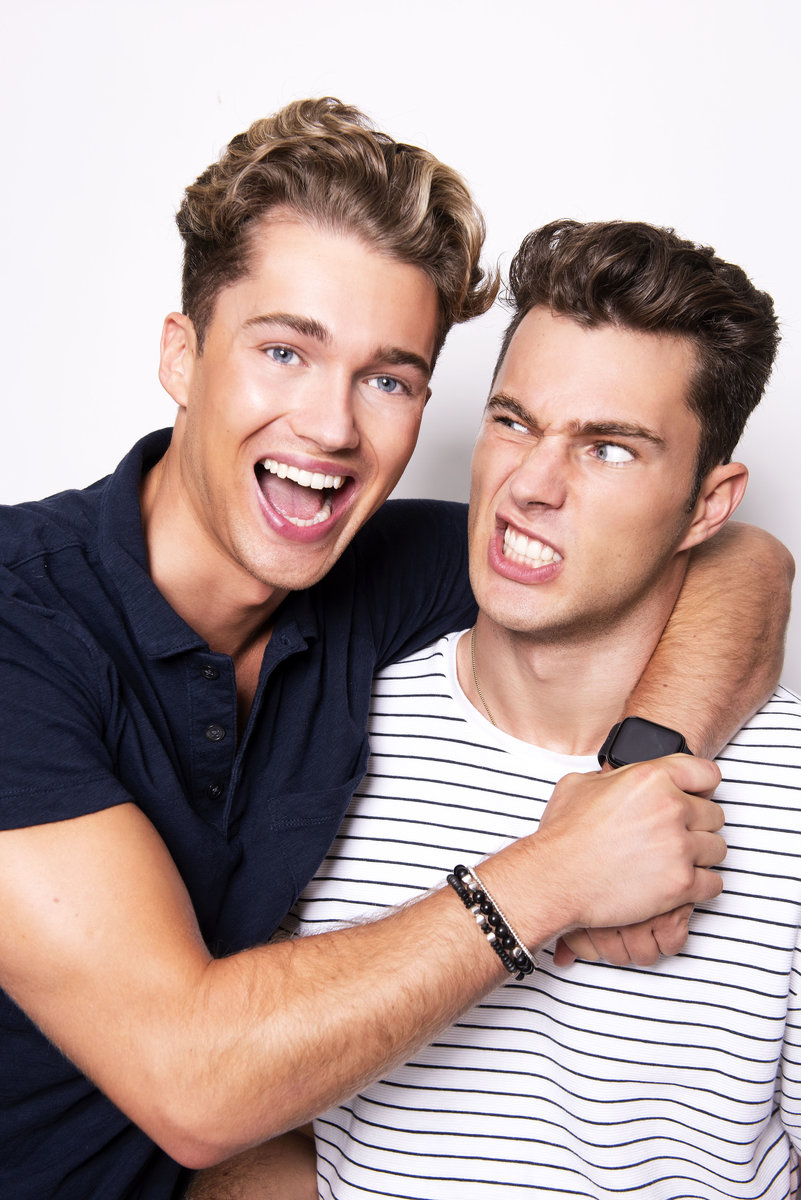 FROM ONE BALLROOM TO ANOTHER

FROM ONE BALLROOM TO ANOTHER

This huge casting news is a real treat for audiences who are desperate for pantomime to return to the city and ensures that the Wolverhampton pantomime is the one to see this year.

The duo have recently joined the cast of Hollyoaks and are highly regarded for their professional dancer positions on Strictly Come Dancing and Ireland’s Dancing With The Stars.

AJ and Curtis will bring with them a wealth of dancing styles to sweep Cinderella off her feet in what promises to be a most exciting re-opening pantomime for the Grand Theatre.

Fresh from the I’m A Celebrity Get Me Out Of Here! castle, AJ is now the prince of a much more glamourous one, taking on the role of Prince Charming.

The Strictly Come Dancing professional joined the hit BBC show in 2016 and was a firm favourite for the four seasons he appeared. Since then, AJ has made numerous TV and theatre appearances, often alongside his brother who will be right alongside him this Christmas as the Prince’s right-hand man.

Curtis will play Dandini, allowing plenty of opportunity for mischief and identity-swapping as he helps the Prince and Cinderella to find love… something that Curtis knows all too well having won the hearts of the nation in the 2019 series of Love Island.

Curtis appeared as a professional dancer on Ireland’s version of Strictly, Dancing With The Stars. His other TV appearances include The Greatest Dancer, Celebs Go Dating: The Mansion and together with AJ appeared as guest choreographers for the season one finale of RuPaul’s Drag Race UK.

"So what better way to celebrate entertainment being back than a trip to the panto where the whole family can get together again? There is such a good feeling to this show and it’s going to be bigger and better than ever before. We’re back doing what we love the most and so excited for friends, family and theatre-goers to experience the magic of panto again."

Curtis said; “I’m delighted to be playing Dandini in Cinderella. I have appeared in pantomime before but this is the first time AJ and I have appeared together so it’s really exciting. The past year has been extremely unusual and therefore it’s great to have something to look forward to and know that the year is going to end on a high.

"AJ and I have been dusting off our dancing shoes so expect some big dance numbers in the show! We can’t wait to get started.”

Adrian Jackson, Chief Executive & Artistic Director of the Grand Theatre said; “We are thrilled to welcome AJ and Curtis to Wolverhampton for our pantomime. Between them, they will bring so much to the show with their infectious personalities and incredible dancing talent.

"They are such naturals on stage with undeniable showmanship, making them favourites with the whole family. This show will have something for everyone – think of a West End musical, that is the scale! The plans are dazzling and I’m very excited to share with you our new Wolverhampton panto!”

The pantomime, which was previously planned for 2020, had to be postponed until this year due to the national closure of all theatres.

The casting of AJ and Curtis launches an exciting run up to the pantomime season, with many more announcements and further casting to follow very soon.

Imagine Theatre’s Managing Director Steve Boden said; “We are thrilled to have been invited by Adrian Jackson to work alongside him and the fantastic team at the Grand Theatre to create this year’s spectacular family pantomime.

"As a West-Midlander myself and having trained in the city, I love the warmth and community spirit that audiences bring to the Grand Theatre pantomimes.

"Along with AJ and Curtis and some of the most sophisticated production elements ever seen in pantomime, we will spectacularly launch the next generation of Grand Theatre pantomimes”.

The headline sponsor for CINDERELLA will be Dudley Zoo & Castle.

Tickets can be booked online at grandtheatre.co.uk