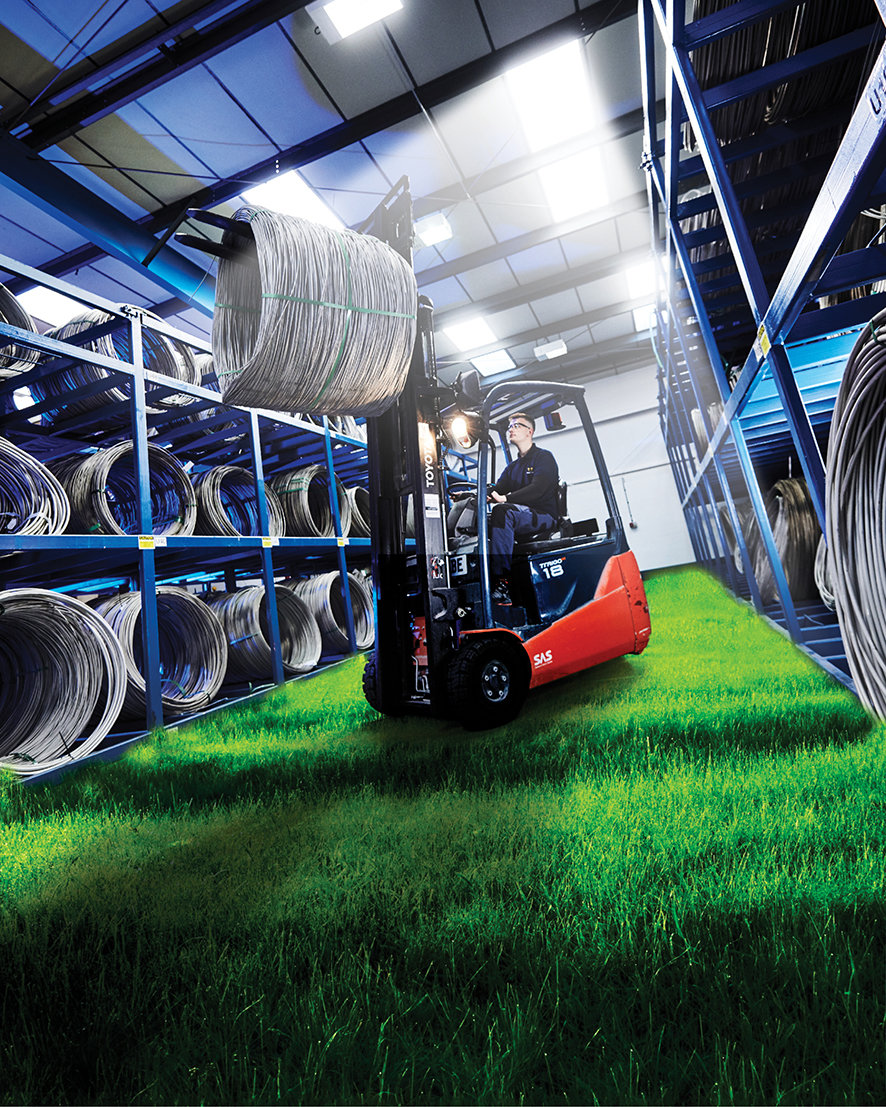 Alloy Wire International has achieved a major environmental milestone this week to mark its 75th anniversary.

The specialist producer of ‘High Performance’ nickel alloys has now been confirmed as Carbon Neutral after it committed to several internationally approved initiatives designed to offset the emissions it directly creates at its two factories and in supplying over 5000 customers worldwide.

Supported by Carbon Neutral Britain, the Brierley Hill-based company will neutralise nearly 500 tonnes of carbon it produces every year by taking an active role in Certified Emission Reductions (CER) programmes that also support education, employment and clean water, as well as having a net positive impact on the local wildlife and ecology.

These could include Hydroelectric Power in the Amazon, the Burgos Wind Farm project and the African Cooking Stove programme, as well as a number of domestic initiatives.

The decision to build on its already strong environmental performance was made as part of AWI’s ‘Wired for Good’ campaign, which is designed to make positive impacts on the world and the local community through ‘greener’ activities and stronger support for charities.

“Manufacturing has to play its role in driving the environmental agenda, both through the products we create and, just as importantly, the processes we use to make them,” explained Tom Mander, Managing Director Designate at Alloy Wire International.

“We produce lots of material that is sent all over the world and we don’t want this to change. Instead, we need to find a way of offsetting the carbon we produce, which is why we enlisted the support of Carbon Neutral Britain to calculate our footprint and then identify projects we could support.”

He continued: “To achieve this, we have to cover our own emissions, our employees’ emissions travelling to and from work and the emissions we generate with our deliveries and export activities.

“This has all been done with our involvement in CER programmes and we are now certified Carbon Neutral for the next twelve months.

“We feel this is a good message to combine with the 75th anniversary this year, showing that we have a legacy as a company, but also how we are proactively thinking about the future and how we will sustain another 75 years in business.”

Alloy Wire International, which manufactures round, flat and profile wire for more than 5000 customers, was founded in 1946 by John Stockdale in an old ambulance station in Old Hill in the Black Country.

The company’s founding principles of ‘manufacturing quality, delivering reliability’ has stood the test of time and still remains a crucial part of how it deals with its global client base, spanning automotive, aerospace, medical, nuclear and oil and gas.

Today, the firm is employee-owned with most of the staff owning shares in the business, a decision made by existing Chairman Bill Graham and the current Senior Management Team.

This inclusive culture has been crucial in helping AWI more than double turnover from £5m to £11m in the last thirteen years.