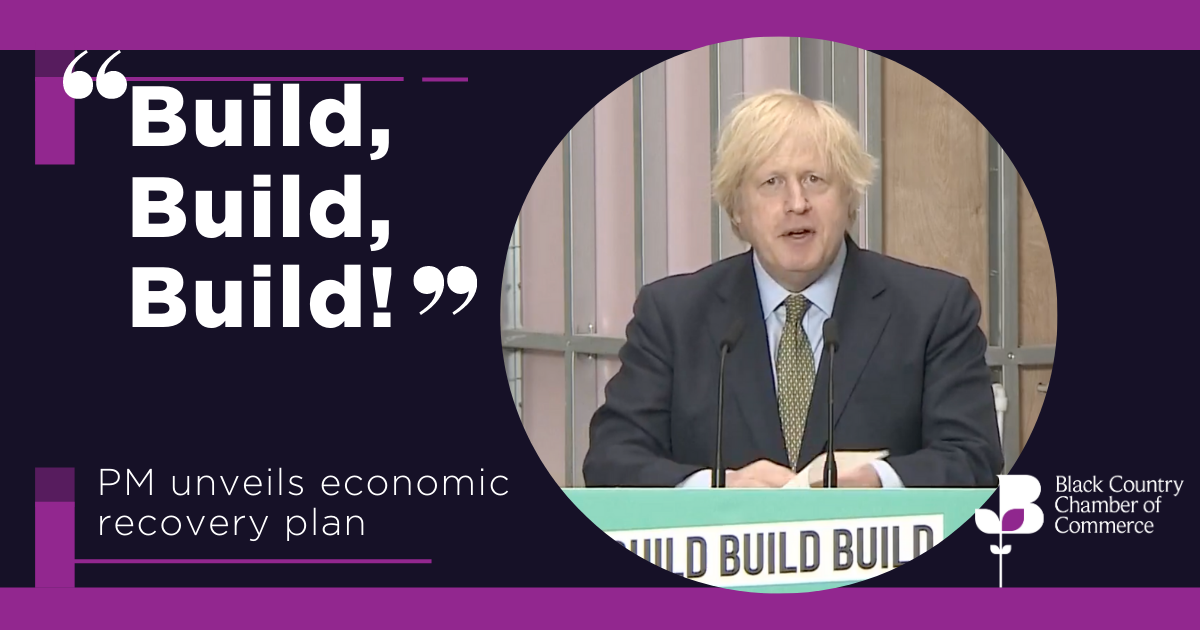 Boris Johnson announced a new phase in the coronavirus response today in his landmark Dudley speech, setting out plans for an "infrastructure revolution" to create jobs and stimulate an economic recovery.

The prime minister invoked the 1930s "new deal" of former US President Franklin D Roosevelt as he delivered a major speech at Dudley College this morning - chosen because "Dudley is at the cutting edge of green technology that is increasingly driving the UK economy".

His announcement, a £5bn in capital investment to accelerate infrastructure projects this year, including hospital maintenance works, school building and improvements to the road and rail networks, puts infrastructure at the centre of the government's economic growth strategy.

o £10m for development work to unblock the Manchester rail bottleneck o Over £1bn to fund the first 50 projects of a new, ten-year school rebuilding programme, starting from 2020-21.

These projects will be confirmed in the Autumn, and construction on the first sites will begin from September 2021

o £900m for a range of ‘shovel ready’ local growth projects in England over the course of this year and next o £96m to accelerate investment in town centres and high streets through the Towns Fund this year.

To protect the UK’s natural infrastructure, the Prime Minister has also committed to reforest Britain by planting over 75,000 acres of trees every year by 2025.

Pledging £40m to boost local conservation projects and create 3000 jobs, including new Conservation Rangers, and safeguard a further 2000 – training young people and others in the community to protect their local environments. Commenting on the Prime Minister’s speech,

Black Country Chamber Chief Executive Corin Crane said, "Today's announcements will be welcomed by many firms across the Black Country who work in the construction and manufacturing sector. They must be delivered swiftly to drive and 'ramp up' business confidence and providing meaningful opportunities for employment across the region.

"Given that the Prime Minister chose our region to launch his "New Deal" it's now up to business communities here to take full advantage of these opportunities and to drive growth in the Black Country.

"It goes without saying that the Black Country Chamber of Commerce stands ready to work with the Prime Minister and his team to make these initiatives happen as soon as possible". Commenting ahead of the Prime Minister’s speech in the West Midlands, in which he will announce a ‘New Deal for Britain’,

BCC Director General Adam Marshall said, “The infrastructure delivery plans announced by the Prime Minister are welcome, but they must take shape on the ground swiftly to give a real confidence boost to businesses and communities.

“The government must go even further over the coming days to rekindle business and consumer confidence, as part of a wider roadmap to economic recovery. This is a critical moment, and business communities need this government to be bolder than any previous government has ever been.

“In his first inaugural speech, Franklin Delano Roosevelt said, ‘We must act, and act quickly’. The same holds true in Britain today.”