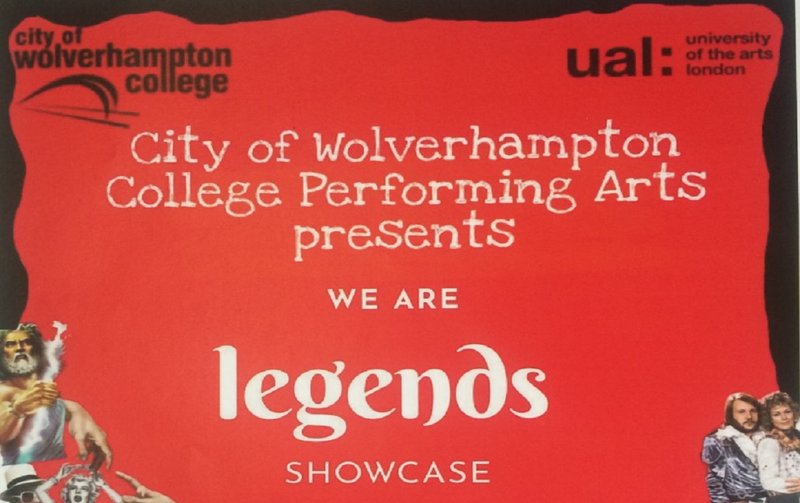 Talented students from City of Wolverhampton College are taking to the stage to honour legends from film, stage and music in their annual Christmas showcase.

Around 30 students who are studying for Level 3 UAL diploma and extended diploma in performing arts will be dazzling the audience in their end of term show at the Paget Road campus on December 18 and 19.

The students researched different performers, pitched their ideas to tutors and auditioned for parts – with the best performances selected to be included in the show.

Lecturer Tanya Long said: “The students have worked extremely hard preparing for the show and, once again, the audience will be in for an entertaining evening as they showcase their singing, dancing and acting talents.”

The college – which was named as Training Provider of the Year for its creative arts course at the Creative and Cultural Skills Awards 2019 – is currently auditioning for performing arts courses starting in 2020. Apply here

Submitted by Isabelle from City Of Wolverhampton College