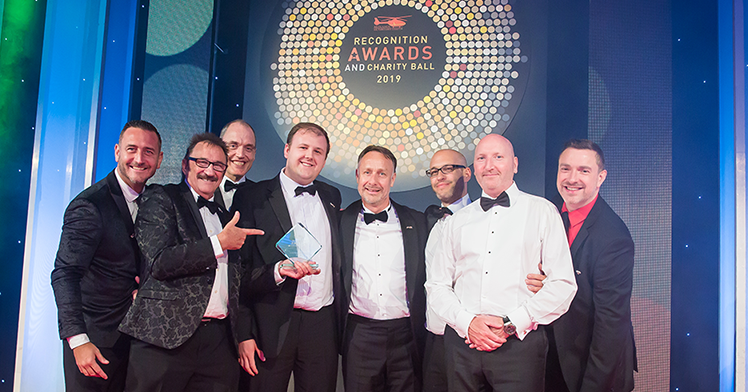 EBC Group is delighted to announce that they have been awarded the Midlands Air Ambulance Charity ‘Social Responsibility Award’, at their annual recognition and Charity Ball

EBC Group is delighted to announce that they have been awarded the Midlands Air Ambulance Charity ‘Social Responsibility Award’, at their annual recognition and Charity Ball.

Hosted at the Vox Conference Centre at Birmingham’s Resorts World, the awards recognise the achievements of people and organisations that have made a significant difference, and for EBC Group highlight their on-going partnership with the charity.

Jon Cottrell, Corporate Development Executive at Midlands Air Ambulance comments; ‘EBC Group are a great example of everything we would like from a corporate partner. They support us, not only through fundraising and volunteering, but also as a trusted supplier to the charity.’

Richard Lane, Group Managing Director at EBC Group adds ‘we have been delighted to support Midlands Air Ambulance Charity over the years, with this award highlighting all the amazing fundraising activities our team have organised and taken part in.’

Richard Lane continues ‘as an organisation, we believe giving back to the community is a core value, and one that runs through every level of the business. In addition to our fundraising, our ability to provide the charity with our own technology offerings has allowed the charity to re-invest cost savings back into vital patient care’.

The award comes as EBC Group celebrates their 30th anniversary with a ’30 for 30’ challenge, which will see their team participate in a number of fundraising challenges, with the aim of raising £30,000 for charity.