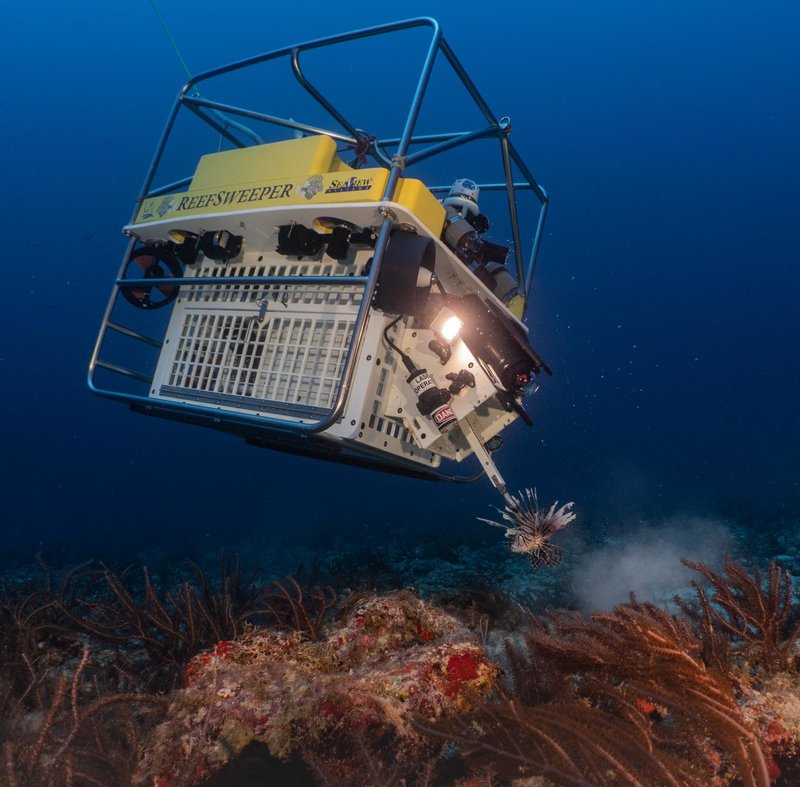 One of Europe’s leading patent and trade mark firms is supporting International Women in Engineering Day with the help of a team of eco-engineers.

One of Europe’s leading patent and trade mark firms is supporting International Women in Engineering Day with the help of a team of eco-engineers.

Forresters is backing the annual event, which aims to profile women in engineering who recognise a problem and want to be part of the solution. One of those people is the executive director at Atlantic Lionshare Ltd – a company based in Bermuda which is helping to preserve the ocean’s ecosystem.

Elizabeth Martin jointly leads the team, which has created the Reef Sweeper vehicle that preserves coral reefs by removing lionfish from the Atlantic Ocean. Forresters has worked with Atlantic Lionshare to protect its intellectual property (IP) and support the company as it continues to make its contribution to the health of our seas. Elizabeth, who is from South Carolina, said: “My husband Darius and I became aware of the damage that lionfish were causing, and we decided to do something about it. We wanted to make a difference, and the Reef Sweeper vehicle was the answer.”

Atlantic Lionshare’s Reef Sweeper is a remotely operated underwater vehicle (ROV), which has removed thousands of lionfish from the ocean and is helping to reduce the damage they are currently inflicting on the marine environment. Lionfish were introduced by humans to the Atlantic Ocean, and are voracious predators that eat large quantities of reef cleaning fish and crustaceans, can produce up to 30,000 eggs every four days, and have no known predators.

Elizabeth recalls the moment they first became aware of the problem. In 2005 she wanted lobsters for dinner and asked Darius if he had time to dive for some. However there were no lobsters, only lionfish, and that’s when they started to do some research on the problems they were causing to our oceans. “We knew we had to take the solution to the problem, with a vehicle that could go under water,” she said. “The team at Atlantic Lionshare includes talented engineers that could create the technology needed. We had field trials in 2017 and have been continually improving the Reef Sweeper since then, installing new technology.”

The Reef Sweeper has recently had its capabilities improved to boost productivity in different environments. Elizabeth said: The Reef Sweeper did well operating in and around Bermuda’s natural reef. However, we found Florida’s artificial reef and extremely silty ocean floor presented a few challenges. We have spent the winter months re-engineering the entire vehicle to make her more agile and stealthy. Our team of engineers welcomed the task and we look forward to launching Reef Sweeper X in a few months.”

The Reef Sweeper extracts lionfish from their habitat, quickly and effectively, without causing any damage to other species or the surrounding environment. Elizabeth said their aim is not just to cull the Lionfish, but have their nutritious meat become part of a regular seafood diet. “Lionfish are really good for you and their meat is very versatile, so you can have it in sushi or as fish and chips,” she said. “Also there are lots of them, so they aren’t a species that could be under threat, like with tuna or wild salmon.

“The invasion of Indo-Pacific lionfish in the western Atlantic Ocean is putting marine ecosystems from New England to Brazil at risk of ecological damage. Obtaining global patents and trade marks through Forresters has been simple and straight forward – and has meant we can keep working on ways of improving the Reef Sweeper and investing in the future of our oceans.”

International Women in Engineering Day is celebrating its 8th year and was created by the Women’s Engineering Society (WES). The international awareness campaign raises the profile of women in engineering and focuses attention on the amazing career opportunities available to women and girls in this exciting industry.

Dan Rusby-Gale, a partner at Forresters, said the firm was thrilled to work with Elizabeth and the team to protect their IP. “We are all aware of how important it is to look after our oceans,” he said. “We are proud to support the team at Atlantic Lionshare with their aim of harvesting lionfish and diminishing the damage they are currently inflicting on the marine environment. Forresters is keen to see an increase in the number of female patent holders and this is the perfect opportunity to highlight the important role women have to play in engineering and show how the projects they work on can have a big impact on the world around us.”

For more information on the range of IP services from Forresters – which itself has five female partners as part of a workforce that’s 56% female – visit www.forresters-ip.com and to find out about Atlantic Lionshare go to www.atlanticlionshare.com

Submitted by Marketing from Forresters