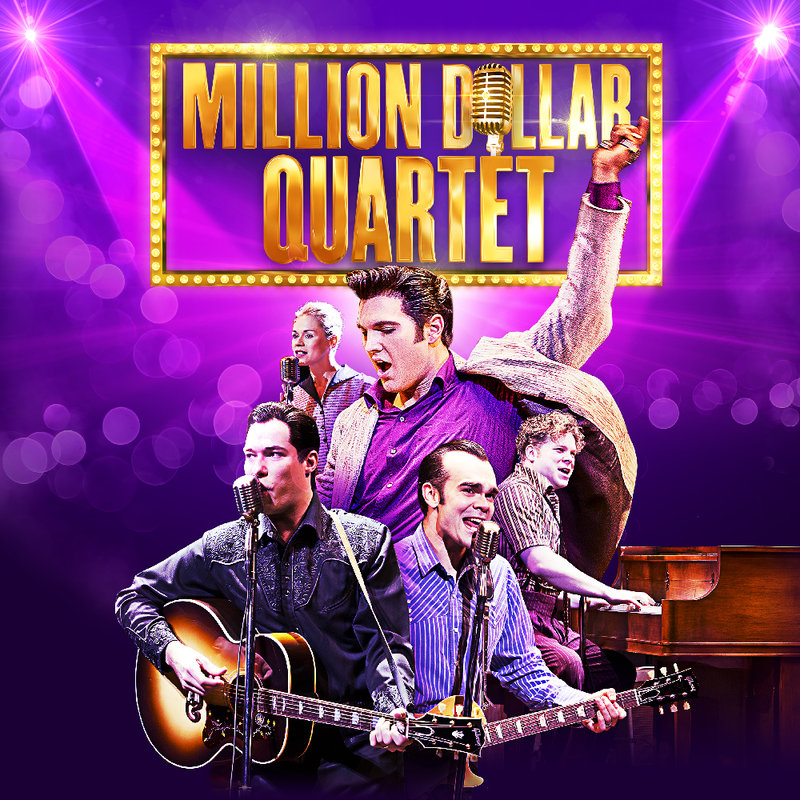 Be prepared for a Whole Lotta Shakin’ Goin’ On… full casting has been announced for the Tony Award winning, Broadway and West End hit musical MILLION DOLLAR QUARTET arriving at Wolverhampton Grand Theatre  from 30 June – 4 July 2020.

Based on the famous recording session that brought together Rock ‘n’ Roll icons Elvis Presley, Johnny Cash, Jerry Lee Lewis and Carl Perkins for the first and only time, Robbie Durham (Johnny Cash), Ross William Wild  (Elvis Presley), Matthew Wycliffe (Carl Perkins) and Katie Ray (Dyanne), with the role of Jerry Lee Lewis shared across the tour by Ashley Carruthers, Martin Kaye and Matthew Wycliffe, all return to the stage in their much celebrated roles in this Tony Award winning musical.

Increasing the Grand Theatre’s provision for those living with and affected by Dementia, there will be a Dementia Friendly performance of MILLION DOLLAR QUARTET at 2:30pm on Thursday 2 July. The Grand Theatre has hosted a twice-monthly Memory Café since April 2019 and is delighted to be extending provision to include performances in the main auditorium. Bookings for the Dementia Friendly performance can only be booked directly though Access & Inclusion Manager Remy Lloyd by calling 01902 42 92 12.

The multi-talented cast of actor-musicians join previously announced national treasure Peter Duncan, who also returns to the much loved musical. The Olivier Award nominee and former Blue Peter presenter reprises the role of the Father of Rock’n’Roll’, Sam Phillips, following rave reviews for his performance in the musical’s 2017 UK tour.

On December 4, 1956, history was made when these four ‘star’ musicians gathered at Sun Records in Memphis, the studios of legendary record producer Sam Phillips, for what would be one of the greatest jam sessions of all time.

MILLION DOLLAR QUARTET brings that legendary night to life, with its extraordinary story of broken promises, secrets, and the once-in-a-lifetime celebration of four acclaimed recording artists.

Don't miss your chance to be a fly on the wall of fame and history and join in the celebration of this red-hot rock 'n' roll band for one unforgettable night!

Tickets for MILLION DOLLAR QUARTET from Tuesday 30 June – Saturday 4 July are now on sale at grandtheatre.co.uk, by calling 01902 42 92 12 or in person at the Box Office.