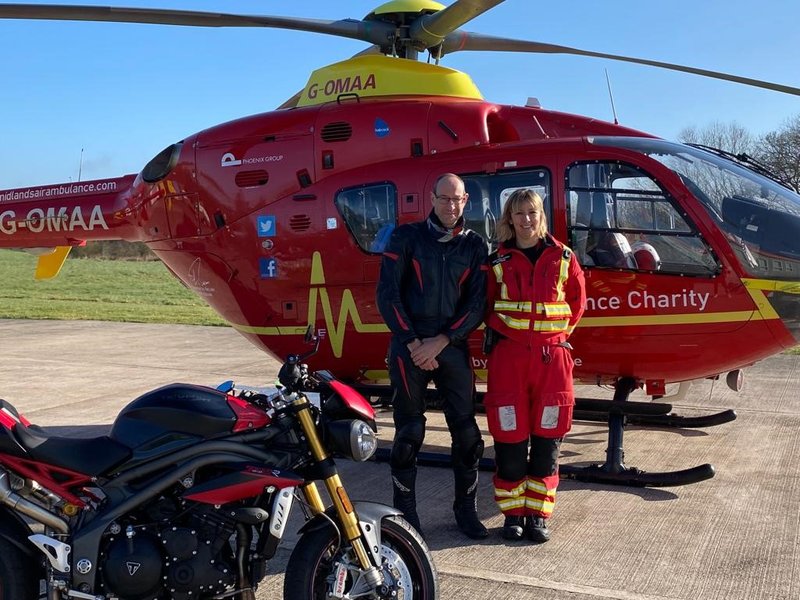 The managing director of a Midlands law firm will be crossing the Atlantic this month to take part in one of the world’s most famous road races and raise vital funds for the region’s lifesaving flying medics.

The managing director of a Midlands law firm will be crossing the Atlantic this month to take part in one of the world’s most famous road races and raise vital funds for the region’s lifesaving flying medics.

Neil Lloyd, who leads solicitors’ firm FBC Manby Bowdler, will head to Boston in the USA to compete in the city’s marathon on April 18 in aid of the Midlands Air Ambulance Charity.

The Boston marathon is the world’s oldest annual race of its kind and started in 1897. Neil will be pounding the pavements around the greater Boston area in eastern Massachusetts, hoping to shave two minutes off last year’s London marathon time of three hours and 12 minutes.

Neil said he chose the Midlands Air Ambulance Charity because, as a motorcyclist, he had a keen appreciation of the work it does across the region.

“The charity provides an exceptional service, delivering specialist urgent patient care when and where it is needed. But it costs in excess of £10m a year for us to have this peace of mind. It’s the kind of emergency help you hope you’ll never need, especially as a biker.

“The Midlands Air Ambulance Charity also covers the same geographical area that FBC Manby Bowdler does so we know it would be there for our team or their families should they need it.”

He added: “I’m really looking forward to the challenge of the race and it will spur me on, knowing I’m raising money for such a great cause.”

Pam Hodgetts, corporate partnerships manager at the charity, said: “Midlands Air Ambulance Charity respond to an average of 12 missions a day all of which are funded by donations and charitable giving. Our corporate supporters play a massive part in achieving the £10million each year to keep our service operational, which is why we are extremely grateful and proud that Neil has chosen MAAC to be the recipients of his challenge.”

Donations to the Midlands Air Ambulance Charity can be made via www.justgiving.com/fundraising/neillloydmaa