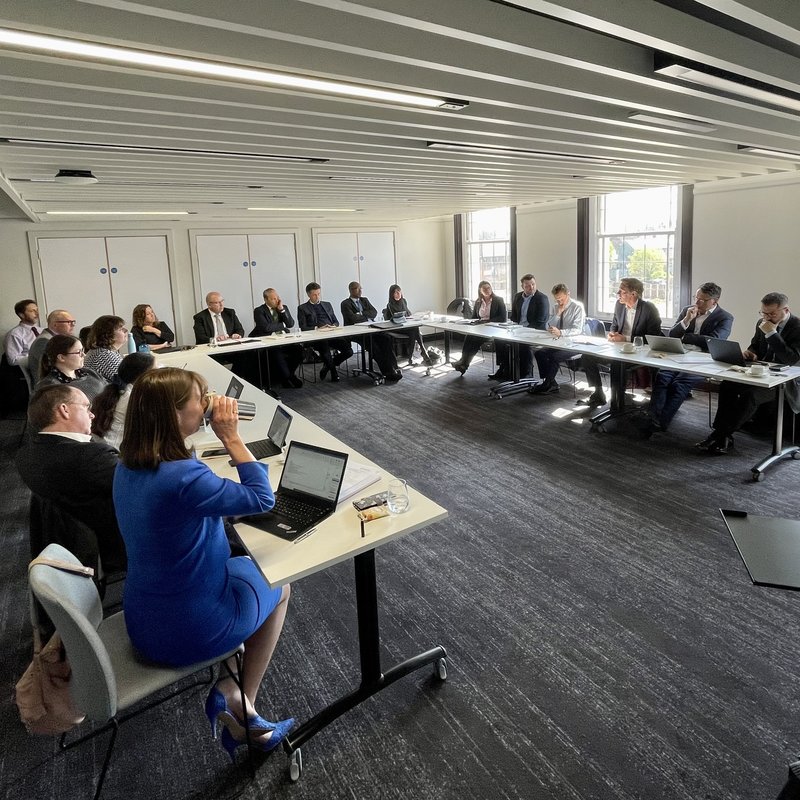 Hot water and ventilation specialists Lord Combustion Services were part of a high level discussion on the energy crisis following an invitation to join a meeting chaired by the West Midlands Mayor.

Managing Director Stuart Smith, who leads the 45 staff at Oldbury-based Lord Combustion Services in supporting more than 1000 commercial clients across the West Midlands, gave his views on the way forward during the event organised by Mayor Andy Street to assess the fast-changing situation.

Business leaders from across the region were invited to the West Midlands Combined Authority “roundtable” meeting to discuss how a new devolution deal with government could give the region greater security over its future energy supplies and help achieve its ambitious net zero target.

The roundtable, held in Birmingham on Friday, saw some of the region’s biggest companies discuss their energy concerns and explore the powers they would like to see transferred from Whitehall to the West Midlands to bolster energy supply systems and strengthen industry resilience.

The topics discussed included ways of attracting more commercial renewable energy development into the region and measures to reduce the impact of soaring energy costs on households and businesses.

Companies and organisations at the roundtable included members of the WMCA’s net-zero regional business council subgroup such as Lloyds Banking Group and National Express.

To hit a target of becoming a net zero region within the next 20 years, the West Midlands is aiming to retrofit 290,000 homes by 2026, installing modern insulation and low carbon heating systems. As well as helping local authorities to secure government funding, the WMCA is looking to develop more innovative ways to undertake retrofitting.

Stuart Smith was able to give his views based on the commercial work of Lord Combustion Services. He said: “The West Midlands is traditionally an industrial powerhouse within the UK and we are keen to sit alongside the WMCA to ensure the region’s voice is heard in terms of devolution and the problems we are encountering with the current energy crisis.

“Rising energy costs for businesses impacts everyone as the cost of energy usage for businesses ultimately hurts domestic households as it will only increase the price companies place on their goods and services meaning everyone suffers.”

Speaking after the event, Stuart said: “It was fantastic to be invited to take part in such an important discussion. The energy crisis is a global issue but, given our work in the industry and our success in retrofitting client sites, we were well placed to be part of a local discussion on the ways forward.”

Led by the Mayor, the WMCA brings together 18 local councils and three Local Enterprise Partnerships to oversee the transfer of powers and funding from Whitehall to the West Midlands.

When Oldbury-based Lord Combustion Services marked its recent 40th anniversary, the company made the West Midlands Net Zero Business Pledge to reduce their environmental impact during a visit by Andy Street.

Overseen by regional champion Sustainability West Midlands on behalf of the West Midlands Combined Authority, the Net Zero Business Pledge is undertaken by businesses as part of the drive to?”lead the green revolution and become a net zero carbon economy by 2041”.

Since its launch in March 1982, Lord Combustion Services has grown to provide all aspects of mechanical and electrical building services. From its HQ in Dudley Road East, Oldbury, Lord supported key NHS sites, care homes and schools throughout the Covid-19 pandemic.

Despite successive lockdowns Lord continued to implement energy efficient solutions as part of installation contracts for the likes of Edgbaston Stadium in Birmingham. In November Lord was recognised for its achievements in reducing clients’ environmental impact by winning the sustainability trophy at the West Midlands Business Masters Awards, organised by regional news website Business Desk.

As well as the sustainability success, in November Lord won two 2021 Black Country Chamber of Commerce Awards and is among the finalists for Apprentice of the Year and Small to Medium Sized Business at the 2022 Express & Star Business Awards.

* To find out more about Lord go to: www.lordcombustion.co.uk