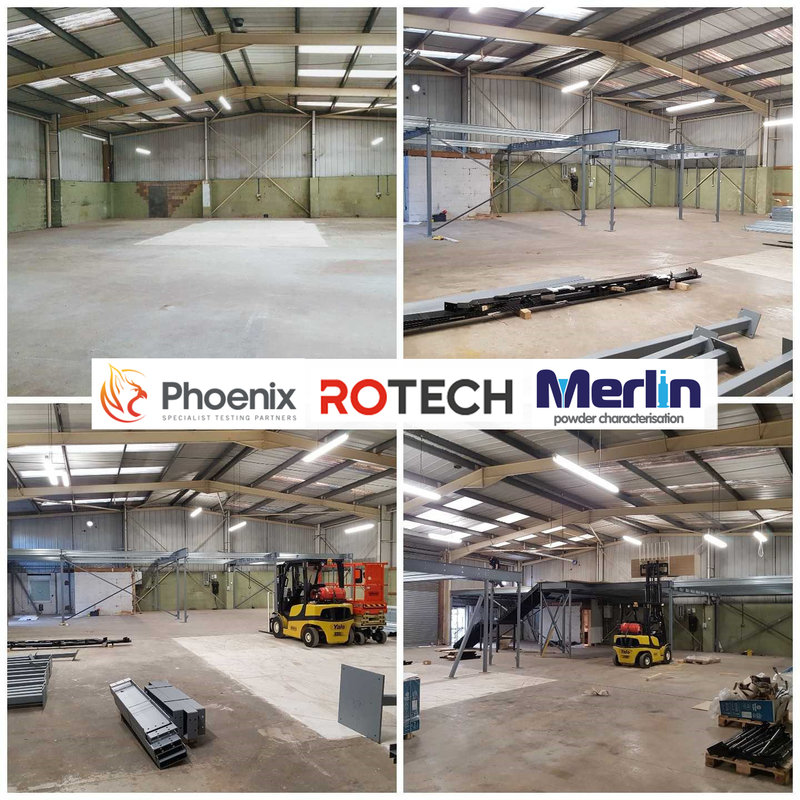 Rubery Owen is delighted to announce that three of its businesses in the materials testing sectors, Rotech Laboratories, Phoenix Materials Testing and Merlin Powder Characterisation, will operate under the umbrella of the newly-formed Rubery Owen Materials Testing Division.

Each business will trade as a distinct company and maintain their current premises but will enjoy the collaboration of expertise and innovation at a new combined testing facility and laboratory.

Rubery Owen is developing a state-of-the art testing facility in Brierley Hill, in the heart of the Black Country. The new site will combine the latest in high temperature, humidity and pressure testing capabilities along with current fatigue and thermomechanical fatigue (TMF) testing.

It will also house the Merlin powder characterisation test facility in which the physical properties and compressibility of powders are determined by use of an hydraulic compaction simulator.

This unique, cutting-edge facility will help to keep the UK at the forefront of testing technology.

The division will be run under the leadership of John Cross as General Manager.

John joined Rotech in 2006 and has overseen operational improvements across Rotech and, by aligning the marketing and sales activity, has seen steady growth in new business.

John Cross says: “This new laboratory is very exciting news for the Black Country and UK materials testing. We have an exceptional team and will be able to bring considerable benefits to our customers with collaboration of expertise and innovation.”

As part of the internal restructure, Dave Skeldon has been promoted to Rotech Operations Manager. Dave has been with Rotech since 2012 and has done an excellent job in heading up the mechanical testing department as well as the Phoenix test laboratory.

Carl Merrix is being promoted to the role of Head of Mechanical Testing. Carl has been with Rotech for 6 years and has been supporting Dave Skeldon’s expanding remit by taking on responsibility for mechanical testing at Rotech over the last 12 months.

To keep up-to-date with the latest developments and for more information, visit www.rotechlabs.co.uk.