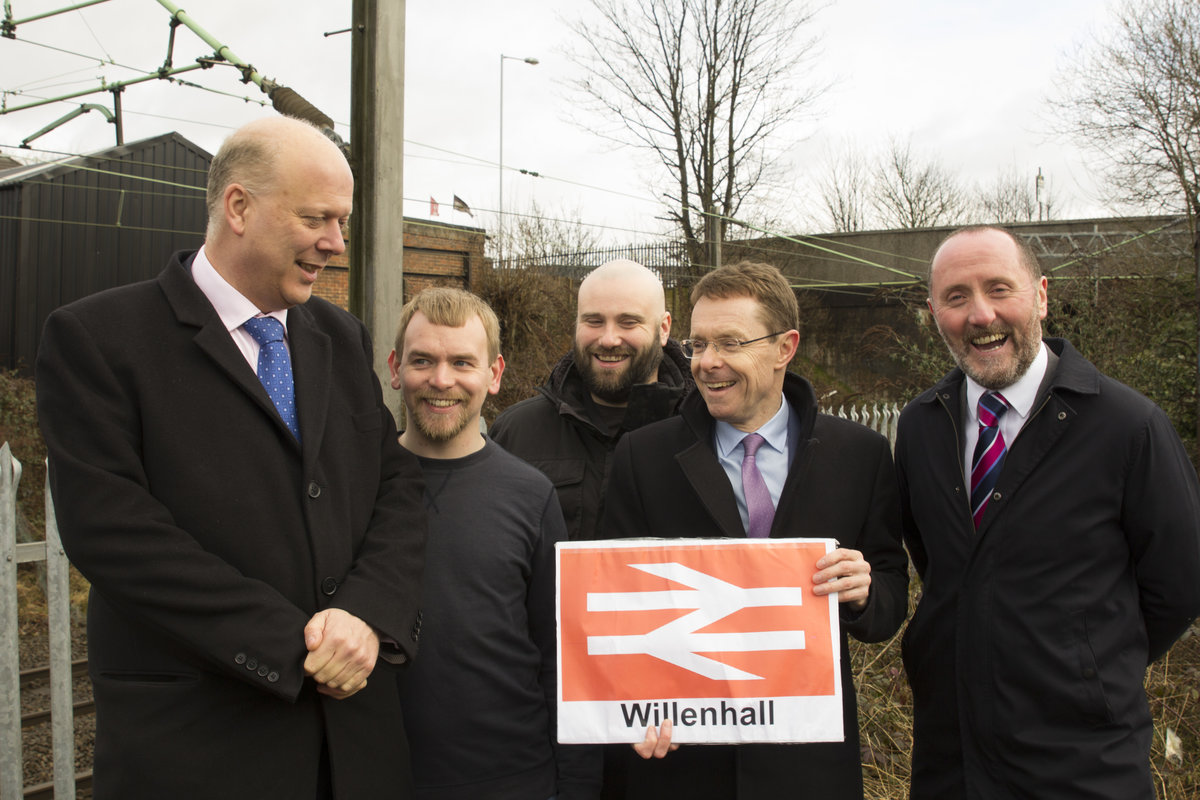 The Black Country could have two new railway stations reopen, as part of the West Midlands Mayor's latest plans to attract new business to the area.

West Midlands Mayor Andy Street says plans to reopen two railway stations in the Black Country could attract new businesses to the area, and boost the economy by providing better links for commuters.

on the Walsall to Wolverhampton line, after months of planning by West Midlands transport bosses.

Mr Street, who has been working closely with MP Eddie Hughes and Walsall Borough Council on the proposals, said: “This is a very exciting step for our plans for transport in the Black Country and for Willenhall and Darlaston in particular. They will have an incredibly positive impact on business in the area.

“Opening these new stations will mean businesses will be able to relocate along the line, boosting the local economy. When we have both stations in place, along with the car parks and transport links, I think they will become a hub for growth.

“They will also give local people access to other opportunities around a better-connected West Midlands, enabling them to commute more easily.

“Now that we've got the designs of the new station, we want people to see them and let us know what they think. These plans represent the next major step towards bringing passenger rail services back to the Wolverhampton to Walsall line.”

Willenhall’s original station, which was called Willenhall Market Place, first opened in 1872 but was closed to passengers in 1931. Darlaston station opened in 1837. Both closed in 1965, under the nation-wide ‘Beeching’ cuts. Passenger services returned to the line in 1998, but stopped again a decade later due to lack of use.

Now rail bosses in the region say reopening the stations would give local people “vastly-improved access to jobs and opportunities” in Wolverhampton, Walsall and Birmingham.

The new Willenhall station will be sited next to the Bilston Street railway bridge in the town centre, while the Darlaston station will be built on derelict land next to the Kendricks Road bridge. Both stations will have two platforms, big enough to accommodate six-carriage trains, as well a pedestrian footbridge, stairs, lifts, ticket machines, drop-off areas. There will be a 300-space car park at Darlaston and 150 spaces at Willenhall.

TfWM and WMRE are working closely with the train operator West Midlands Railway, the City of Wolverhampton Council, Walsall Council and Network Rail.

An hourly service between Wolverhampton and Walsall, and between Birmingham New Street and Wolverhampton, are expected to be launched initially.

The majority of costs for the project will be covered by the region’s HS2 connectivity fund.