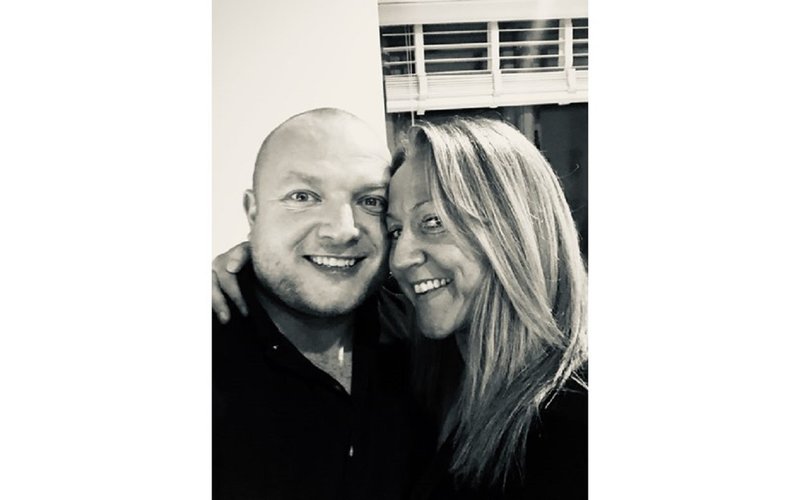 A Midlands not-for-profit has pledged to back their IT support manager who’s raising money in memory of his beloved fiancée.

Matt Rhodes has been raising funds for the Mary Stevens Hospice in Stourbridge since his partner Clare Lewis sadly passed away at the end of 2020.

Herself a staunch supporter of the hospice, which had looked after her father and uncle, Clare asked for donations rather than flowers at her funeral which raised more than £4,500.

Then earlier this month (August) Matt and his friends embarked on Clare’s Crazy Cruise: a road trip to her favourite places in the UK in open-top Minis, in fancy dress. They’ve already hit their target of £10,000 but Matt has also been reaching out to the Black Country business community in a bid to exceed this amount.

He works for Quiss Technology who provide Paycare’s IT support, and when he mentioned his charity endeavours to the team at the Health Cash Plan and Mental Health Training organisation, they were keen to support him.

Commercial Director Anthony Burns explains: “Our manifesto is all around being a supportive and loyal organisation – and we consider Matt and his Quiss colleagues as part of the Paycare family, having known him for years. He’s been through such an awful time, and we are simply astounded at the way he’s turned his loss into something so positive and raised a brilliant amount for the hospice.”

Anthony and Paycare’s IT support assistant Danielle Winchurch will each be giving their £250 annual MyGiving pot to the Clare’s Crazy Cruise fundraiser, and they’ll be raising as much as possible during their upcoming team fun day.

“We’d already organised to shut the office and have a Paycare Rounders Day in September, so when we pledged to back Matt, we decided it was the perfect opportunity to use the day for a dual purpose, celebrating being able to be back together as a team and raising money for a great cause.

“It will be a really fun day – but also a poignant one as many of us have been through loss and/or illness since we were last able to meet as an entire organisation. Matt has kindly agreed to attend on the day, and we’re looking forward to being able to honour Clare’s memory even further by adding to the tremendous total he’s raised so far.”

Matt, who lives in Essington, added: “I spoke to Anthony and the team about them potentially sharing details of my fundraising with their contacts, and I was absolutely blown away when they said they’d like to help raise more funds.

“The love and support from everyone, even strangers, has been incredible and has increased my faith in mankind.”

Anyone who’d like to donate to Matt’s fund-raiser can do so via JustGiving: https://www.justgiving.com/fundraising/clarescrazycruise.