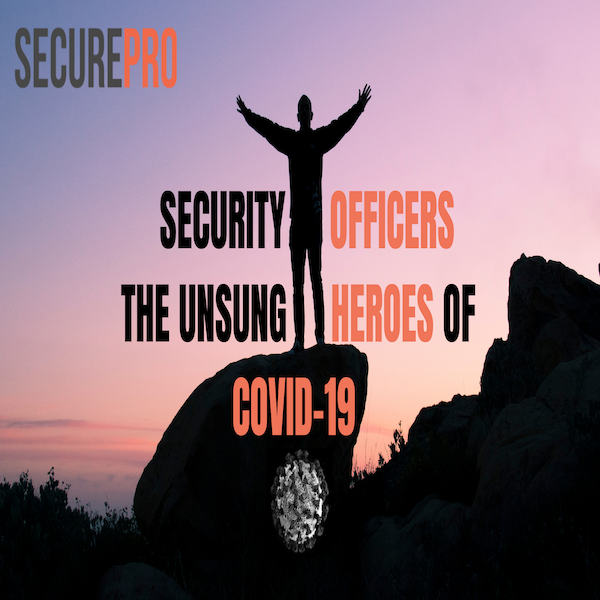 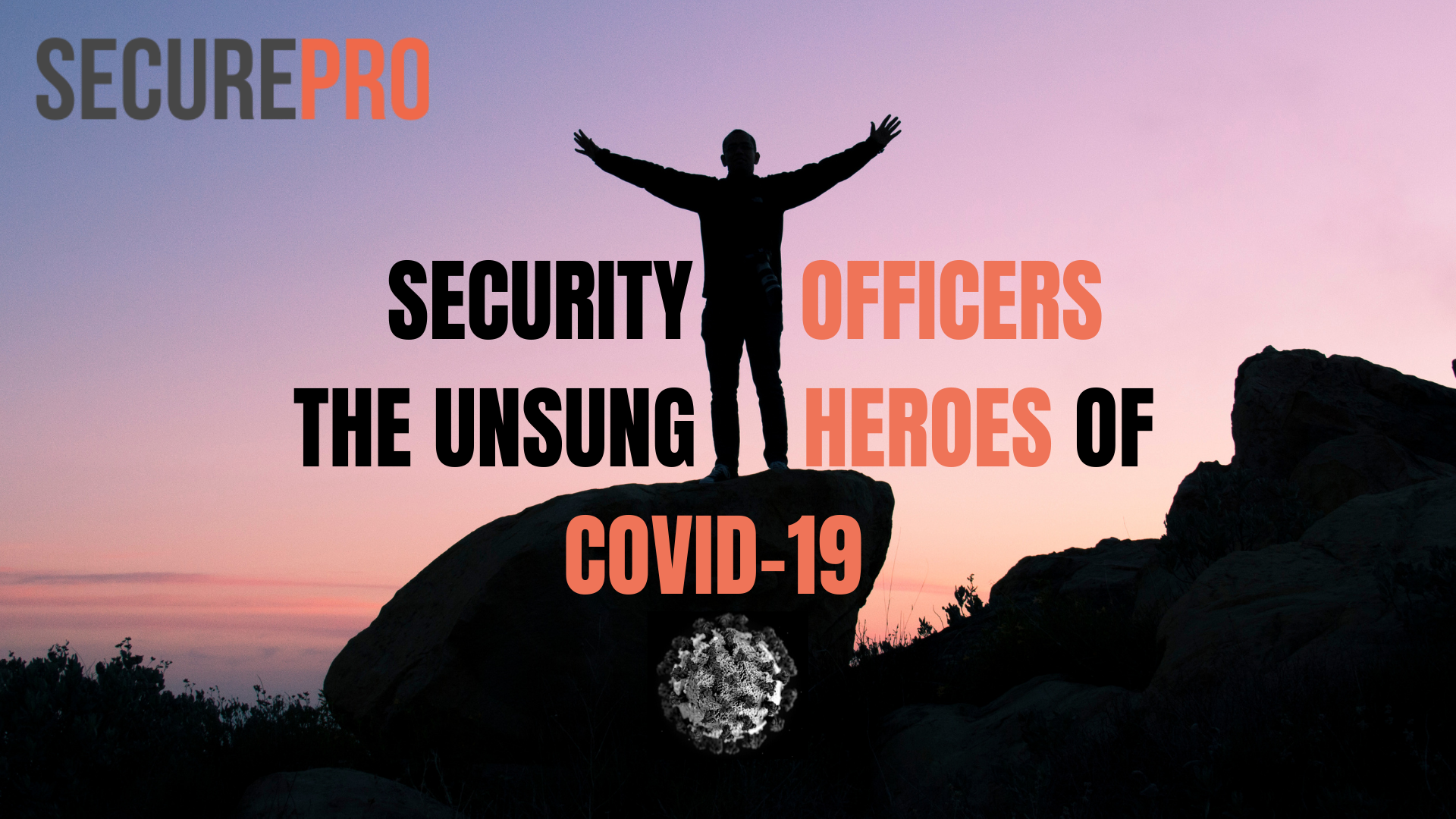 Unsung hero, noun; One who does great deeds but receives little or no recognition for them.

Scattered throughout history there are many unsung heroes from a variety of different backgrounds, all of whom pioneered success in their respective fields yet rarely are they recognised for their efforts except the few who break through into main stream media, however more often than not this is retrospective and too little too late! At SecurePro we want to recognise the efforts of the individual security officers working in the private security industry during the Coronavirus pandemic because we see them as unsung heroes who are not applauded, not recognised and not supported by anyone other than their employers and colleagues, yet they have and continue to play a key role in the fight against Covid-19.

From the very beginning when “key worker” status was being awarded to certain workforces, security officers were not included in the list, rather they were seen as a supporting role to the defined critical worker supply chain. So many unknown factors and speculation surrounding the security officer’s status were floating around that the Chief Executive of the Security Industry Authority, Ian Todd, had to release a statement informing the industry that security were in fact critical workers but only in relation to accessing schools and childcare systems, and that the status did not extend to all SIA licence holders.

Result – more confusion and less recognition for the officers! Ask yourself this question, if security officers were not present would you still feel safe? If the answer is no, then by definition security officers are critical workers to the coronavirus response.

The Security Industry Authority recognised this feeling of resentment and launched the #SIAHeroes campaign recognising security operatives who go above and beyond the call of duty and celebrating and raising awareness of the great work the security sector does to protect the public and national infrastructure. This was a huge step forward for the industry as a whole but still not enough recognition for the individual security guard who maybe hasn’t gone above the call of duty but simply continued to do their job quietly and effectively in the background. 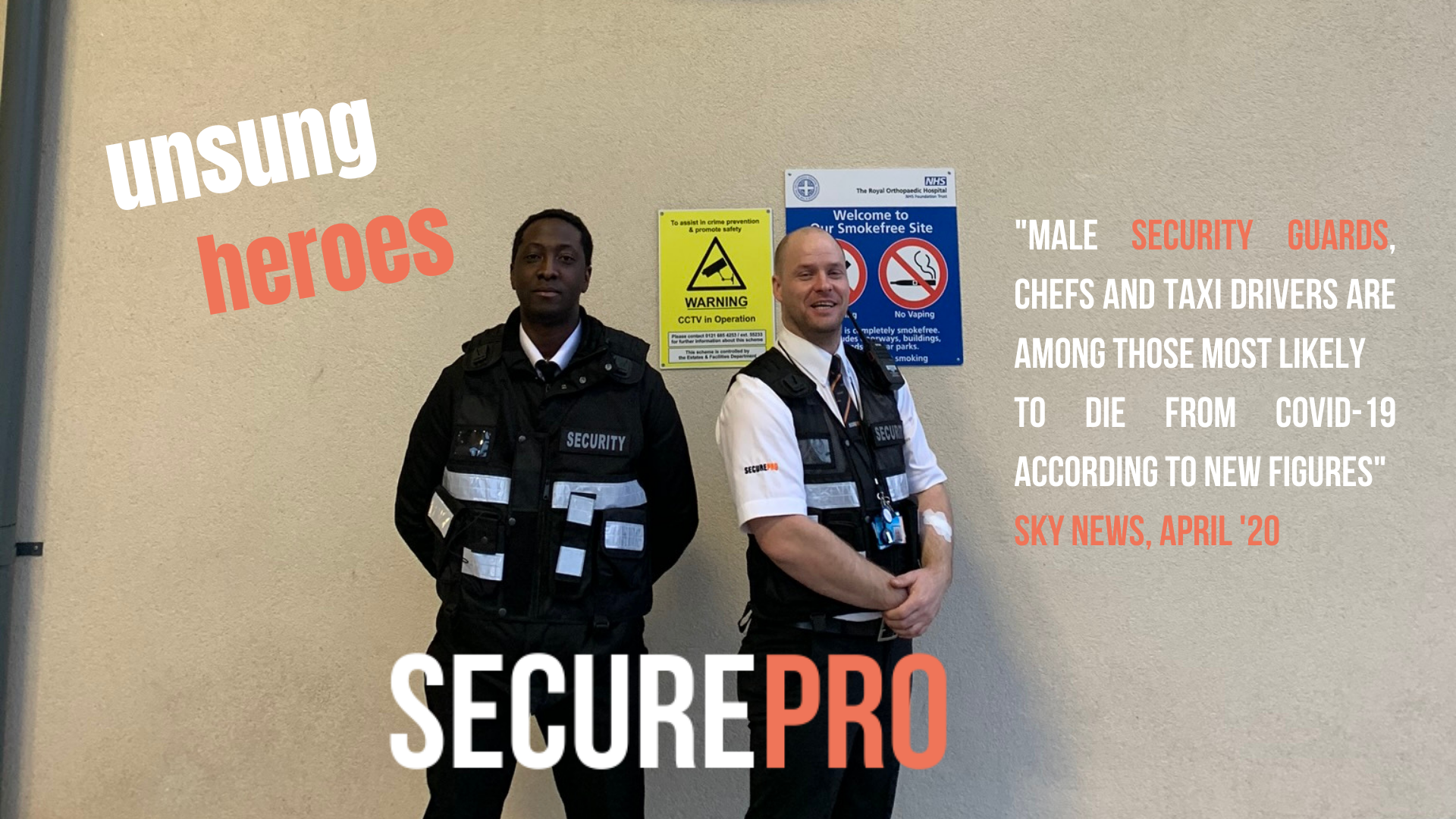 In April 2020, Sky News headlined “Male security guards, chefs and taxi drivers are among those most likely to die from COVID-19, according to new figures.” Instantly the industry saw a negative response from security guards who were now afraid to go work; who could blame them they were unrecognised, unrewarded, undervalued and now at a high risk of death!

In almost all jobs you receive initial job specific training and then over time you gain experience and become somewhat an expert in what you do, security is no different, however due to the coronavirus outbreak and with the closure of many typical security related premises such as nightclubs, pubs, outdoor events and non-essential shops, many security guards found themselves diversifying into roles that were unfamiliar to them. For example, the industry saw a huge increase in demand for security at supermarkets and hospitals, the officers who were used to working at nightclubs quickly found themselves working in supermarkets with no immediate training or experience in the role, so therefore had to adjust to their new task whilst still being categorised as most likely to die from Covid-19. Face coverings were not compulsory at this time either so now the industry had a situation where unexperienced and untrained staff were working in a high-risk environment with little to no support from any external entity.

Each role within the security industry has unique differences, for instance door supervisors at a nightclub carry out different duties to door supervisors at a concert; and security guards at a supermarket carry out different duties to security guards on a construction site. Yes, the title and licence required for each is the same, and the role is similar, but each is uniquely different and specialist. By comparison you wouldn’t want just anyone with a driving licence to drive you around on a bus, both are “drivers” and hold a licence to drive, therefore they are similar, yet the specifics of the duties are completely different, to an end that could be unsafe or disastrous if left unchecked.

Within the crowd management industry specifically, this difference has been highlighted and its workforce are trained and experienced to deliver, however it appears that within the security industry these differences have been overlooked and could become disastrous, we have seen a rise in queueing outside shops in line with the coronavirus response, these queues are to mitigate the risk of contracting the disease, however the residual risk of having a queue managed by an unexperienced individual around a car park where there is no vehicle/pedestrian segregation in place actually presents a higher risk and likelihood of incident. Haven’t we just moved the problem and made it worse?

In previous blogs SecurePro have identified how there are unscrupulous operators in the security industry and that the industry suffers from a lack of adherence to good practice; this was highlighted further by the diversification of the roles the security officers were finding themselves in. Taking our above example of the provision of security for the retail industry, we have seen many working in close quarters with the general public in high risk situations with no consideration whatsoever for their protection. In addition, we have seen a worrying trend of a number of companies paying and charging extremely low rates for the work in question at the riskiest of times. SecurePro were adamant that we would not follow this trend no matter what the financial gain, rather we wanted to strive to succeed by following strict risk assessments and offering as much support as possible to our officers with an aim in succeeding together. It is our hope that this will forge a lasting relationship with those security officers and clients beyond the coronavirus pandemic and through education and awareness we can raise the standards and working conditions of the individual security officer.

With all this in mind including the diversification of roles, the death rate, the unrecognised achievements and the potential for vicarious liability claims against individual security officers, we salute and applaud them for their efforts and feel that the same security officers are the unsung heroes of Covid-19, don’t you?

Read all our blogs here