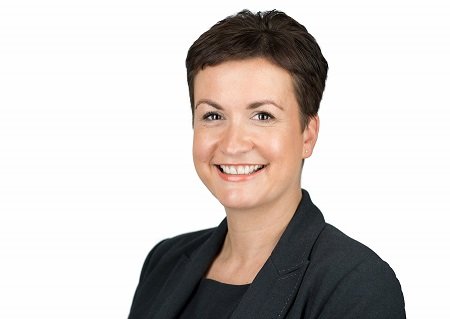 With a rapid rise in cases of parental alienation in the UK, a recent Judgement has shown that Courts are not taking the matter lightly and are unafraid to take action against offenders

Parental alienation refers to a process in which a parent acts or speaks in a way, without legitimate justification, that causes the child to not want to maintain a relationship with the other parent.

The latest case saw Mr Justice Keehan rule that the accused would lose custody of the children and they would be placed with the other parent so as to prevent further emotional damage.

Rayner Grice, partner and family law specialist at national law firm Clarke Willmott LLP, said: “The Family Court and family practitioners have seen a rapid increase in cases with alienation as a theme in recent years.

“These cases involve a parent acting in a way that leads the child to feel that they do not, consciously or unconsciously, want to have a relationship with their other parent. It is exceptionally important that prompt findings are made as to whether alienation has taken place but more importantly, in the event that it has, that swift action is taken before the impact on the child leaves the relationship with the other parent irreparable.

“This latest Judgement is important and highlights, not only the prevalence of the issue, but also the fact that Courts will take extreme action, including changing a child’s residence.”

In 2014 the mother applied for leave to remove the children from the jurisdiction to live in Russia. At a final hearing in November 2014, the application was compromised with a shared care order being agreed for the children to spend equal times with each parent.

Following a series of allegations and further applications by the mother, which were ultimately refused, Child B began to refuse to go to the father’s home and contact began to fail. In December 2018, the children did attend contact with the father but failed to engage with him. The father applied for a Child Arrangements Order in March 2019.

Expert evidence was obtained from a child psychiatrist and psychologist who agreed that the mother had alienated the children from the father and that the children were at grave risk of physical and emotional harm if they continued to suffer parental alienation.

At a hearing in November 2020, Mr Justice Keehan found that residence should transfer from the mother to the father and in July 2021 a roadmap was developed which provided very restrictive contact to the mother which involved supervised direct and indirect contact by Zoom.

Rayner continued: “The crucial element in the making of such a restrictive order against the mother was that she had not moved on and did not accept that she had caused any harm to the children and so continued to pose a risk of emotional and psychological harm.

“Issues of parental alienation must be treated with extreme care and involve specially trained professionals. Unless these cases are dealt with robustly and swiftly and alienation stopped in its tracks, irreparable damage can be caused.

“This judgement shows that the Courts are not reluctant to change a child’s residence to ensure their longer term wellbeing, even if initially it is felt that may cause distress to the child.

“All cases are very different and individual to their facts and the families involved. It is not simply a matter of changing a child’s residence. The impact on the child and the parents will involve the need for intensive, committed and proper therapy to repair all relationships to help preserve the mental health and wellbeing of the child.

“These cases are becoming more evident in Family Courts and this is exacerbated by the pressure of resources in the system. Timing for seeking assistance can be crucial as the older a child becomes the more difficult it may be to put in place the strategies to repair the relationship and alter a child’s thinking.”