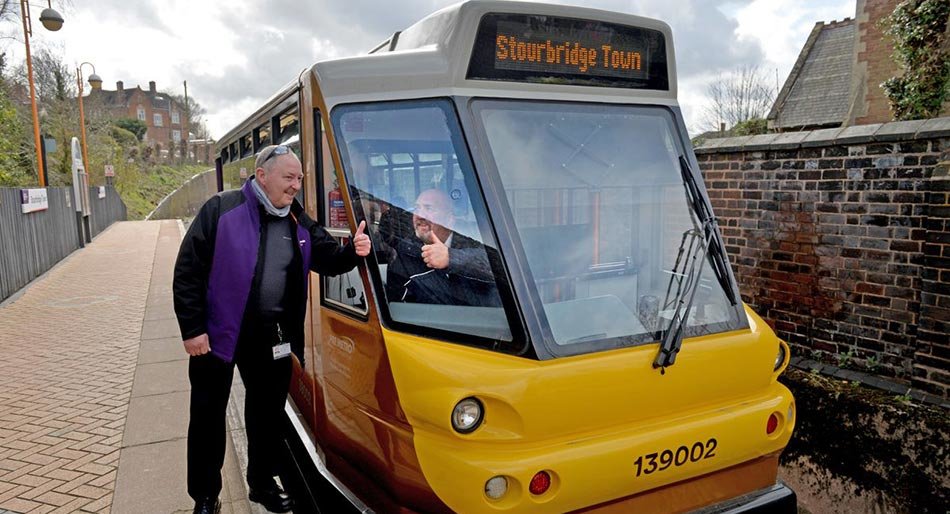 The Stourbridge Dasher bid in the 'Restoring Your Railways' Scheme has now received feedback from the Department for Transport. Pre Metro are now assessing funding opportunities.

The Stourbridge Dasher, the proposed passenger service between Stourbridge and Brierley Hill, is now seeking funding from sources other than the Department for Transport’s ‘Restoring Your Railway’ scheme. The DfT ultimately determined that the service was suitable for local funding sources rather than the National ‘Restoring Your Railway’ campaign.

The service could also see new station stops added at Brierley Hill and at the Waterfront to provide passengers with easier access to office complexes and hospitality businesses.

Recent surveys and studies undertaken by Oakham Research and Pre Metro indicated that 87% of locals were in favour of the proposed service being introduced to the line.

Having now received feedback from the Government’s Department for Transport, the service was deemed to be compelling, with strong links in the local and regional context.

“We’ve proved VLR to be the most reliable, frequent, and value for money option for short passenger services – and schemes like ours will truly fulfil the aim of creating accessibility across Dudley. In light of the recent ‘Restoring Your Railway’ results, we want to let local residents know that the proposed passenger service between Stourbridge and Brierley Hill is still one of our major priorities.

We would like to thank the DfT for their consideration and feedback of the project. We also want to thank Stourbridge MP Suzanne Webb for her continued support for the bid and for our existing Stourbridge Shuttle operations. We will now revaluate our funding plans and establish the next steps for this project with feedback from our supporters and local policy makers.”

The local Train Operating Company is determined to push forward with their mission and connect Stourbridge to Brierley Hill, with the support of MPs Suzanne Webb and Mike Wood.

The next steps have yet to be announced, but Pre Metro will now likely look for support from the West Midlands Combined Authority to support feasibility studies and establish a business case for the “Dasher”.