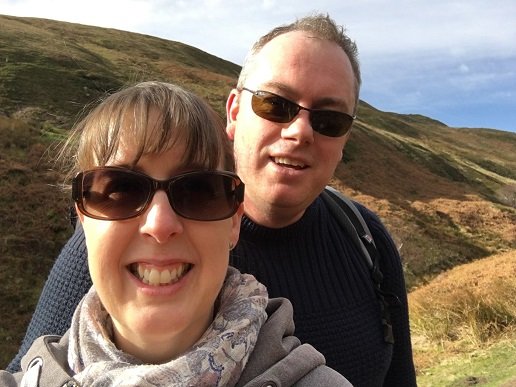 As part of National Adoption Week 2021, a West Midlands mum has spoken out about how important it is for adoptive parents to receive support from their employers when going through the arduous process

Rachael Pritchard and her husband Stephen adopted their son in 2015 when he was three and a half years old. The process was long, intrusive and intensive and without support from friends, family and colleagues, the couple say the process would have been almost impossible.

Rachael, a HR Operations Manager for national law firm Clarke Willmott LLP, said: “Adopting our son was the best decision we’ve ever made but the process was an incredibly nerve wracking and difficult time and I’m so lucky to have been supported by my employers and colleagues.

“We didn’t ever think adoption would be a path we would go down but we always wanted a family and we felt that we could offer a child a good start in life.

“Once we had made that decision it was really important that I speak to my manager about it as I knew I’d need time off for the courses we had to take and the panels we had to attend. Thankfully, Clarke Willmott was hugely flexible and my colleagues all stepped in to help out if I wasn’t around.

“As the process progressed more people knew about it and I really started to see the caring sides of the people I worked with. They went from being colleagues to people I could genuinely lean upon and who truly cared about what we were going through.”

After attending an initial intensive course, Rachael and Stephen went in front of a panel where it was decided that they were approved as adoptive parents. Next, the couple had the emotional and difficult task of reviewing children’s profiles and selecting a good match for them. Following that came another panel to decide if the child should be placed with them and when.

Rachael, who works in the Birmingham office of the firm, said: “It was really difficult to plan anything at this point. We knew it could take anything from a couple of months to a couple of years for everything to be sorted so I had to have regular chats with work to make sure I had that flexibility.

“In our case it only took a couple of months and from the point where we were approved to leaving on adoption leave I only worked one week, which meant my team had to step up and rally round.

“I manage payroll which is a lot of responsibility but everyone was fantastic and the support network both professionally and personally was so incredible. And then we were parents!”

Rachael took nine months off on adoption leave and returned to her position part time. Her son is now 10 years old and is thriving in school and at home.

“The first three months of having him were a complete blur,” said Rachael. “When I returned to work I wanted the chance to continue bonding with him and building on our relationship so I went back part time. He would sometimes display some challenging behaviour so if I ever needed to leave early it was never a problem.

“Across the board at the firm parents are given the flexibility they need to deal with the unforeseen issues that arise with having children, that support is invaluable.

“I’ve been with Clarke Willmott for 14 years now and the people I work with have always been great. A job role can be done anywhere but it’s the people that keep you and I’ve made some long-standing relationships that go beyond the 9-5.”

In the UK there are almost 3,000 children in need of an adoptive family and the number of adoptions in England has fallen by a third in four years. National Adoption Week aims to dispel myths and provide accurate information about the process.

For more information about careers at Clarke Willmott visit https://www.clarkewillmott.com/careers/