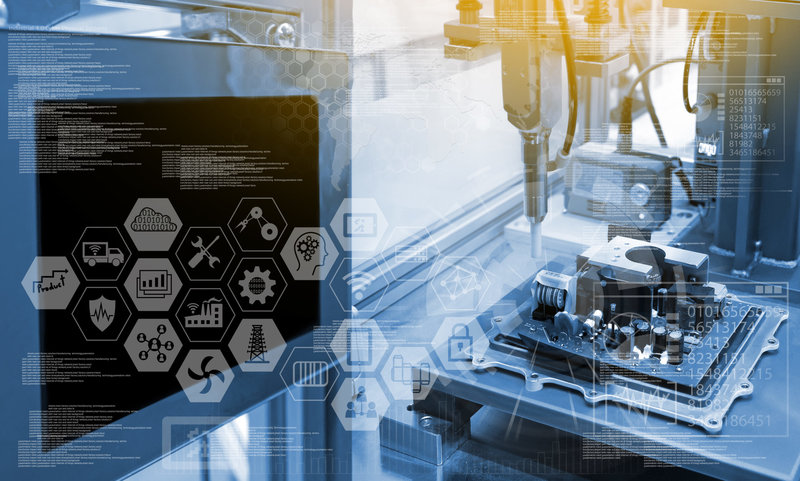 Taking on energy efficiency through Industry 4.0

Efficiency and sustainability are at the heart of the Industry 4.0 movement, it places great importance in reducing consumption by increasing efficiency and therefore improving the competitiveness of an operation.

The climate change movement is gathering more and more steam. In 2019, the UK government declared a climate emergency and announced that greenhouse gas levels must be reduced.

Some of the biggest companies in the world have become carbon neutral – Apple announced it was 100% carbon neutral across its retail, manufacturing and office sites, following on from Google achieving the same feat a few years before. And in January, Microsoft announced it would remove all the carbon from the environment that it has been responsible for since it was formed: in 1975. This really shows the huge shift in attitude towards sustainability and the environment.

With improvements in technology, the chance for manufacturers to become leaders in the carbon neutrality movement is now, to grasp the opportunity to follow in the footsteps of some of the biggest companies in the world…now this sounds great, but how?

Industry 4.0 follows from Industry 3.0 (so far so obvious) and whereas 3.0 dealt with IT becoming a driver for efficiency in the late 1990s, Industry 4.0 refers to digitisation of processes, utilising AI and machine learning – and the benefits are clear: increased productivity due to shortened process times; decreases in operating costs due to increased efficiencies; decrease in resource requirements; the list goes on.

But how can you possibly link Industry 3.0 or 4.0 to energy? Well, As shown in the graph below, the advent of Industry 3.0 (C1999) saw serious improvements in the energy consumption of the manufacturing industry – with a 24% reduction in consumption between 1999 – 2009. However, this reduction has now started to slow, and has been flat since 2016. 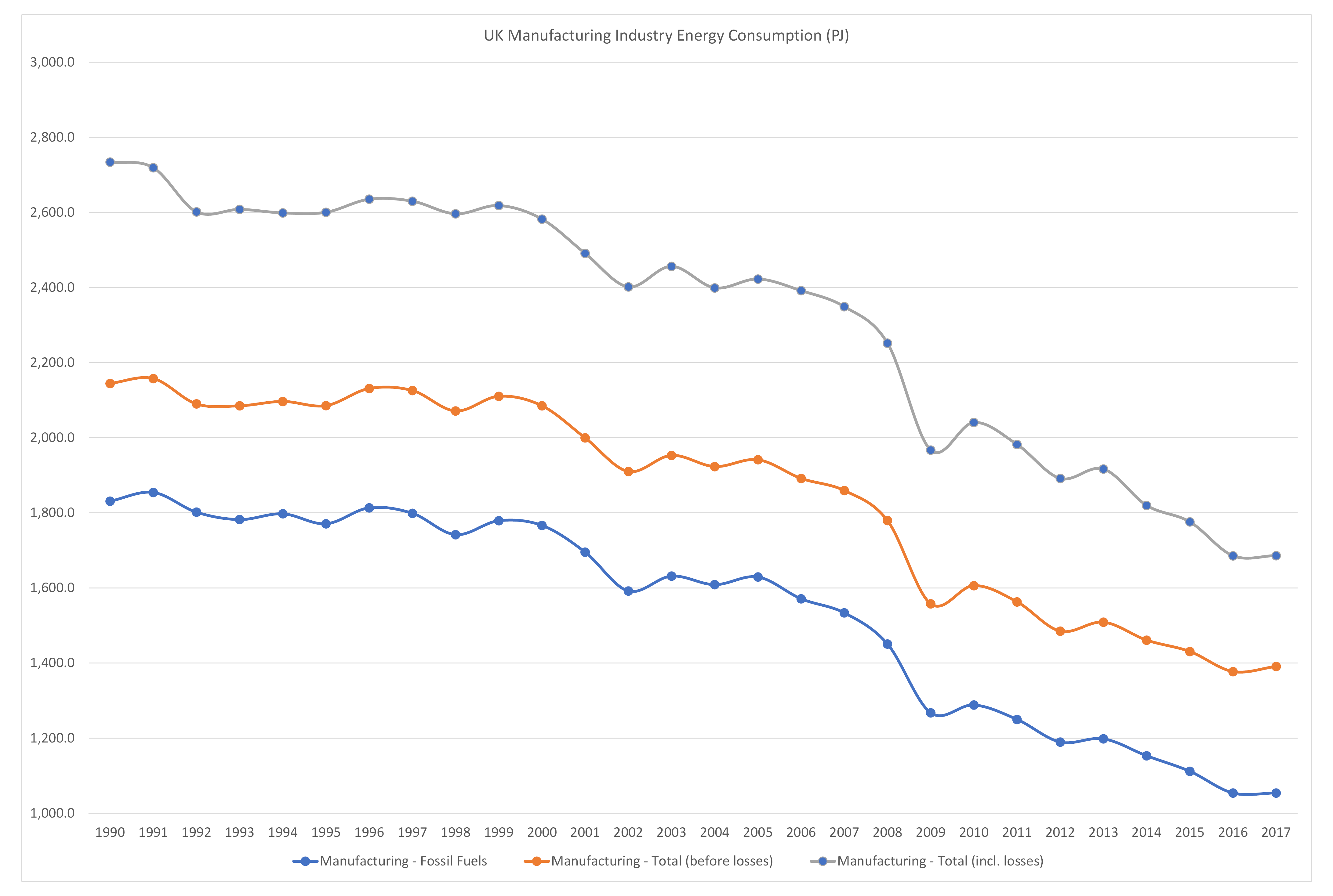 This is where Industry 4.0 comes in. Efficiency and sustainability are at the heart of the Industry 4.0 movement, it places great importance in reducing consumption by increasing efficiency and therefore improving the competitiveness of an operation. It’s really more of a cycle than a one-off process, built on continuous improvement all powered by digitisation.

This can really benefit the energy efficiency and sustainability plans of any manufacturing business. Through digital tech, manufacturers can use the Internet of Things (IoT) and big data analytics to gain valuable insight into their energy consumption.

IoT technology makes it possible to install smart energy sensors to monitor consumption by site, zone and even machine level. These sensors then transmit data to a decentralised digital hub. This data then becomes a useful bank of information.

Previously, large data sets were simply too difficult to divine any useful information – but big data analytics provides a very accurate picture of a manufacturer’s energy consumption. This 360 image can even drill down into specific machine-level usage and identify problem energy spikes which can be acted upon quickly. Dealing with issues like these means less consumption, reduced carbon emissions and cost efficiencies.

After the current picture has been made, and any anomalies in usage have been dealt with – Industry 4.0 can give rise to prediction models that can foresee energy consumption at different times of the year; at differing points of capacity; and where future savings can be made. Seeing where consumption may change can be an enormous benefit when creating sustainability plans for the future, especially if your business plans to cut consumption in the future.

So, Industry 4.0 can give an image of your past, present and future consumption – and is a very useful tool in becoming a more sustainable company.

If you’re a manufacturer looking to improve energy efficiency and sustainability through digitisation then take a look at Energy Management as a Service, powered by Businesswise SolutionsTM

Why not start a conversation? Drop us an email at enquiries@businesswisesolutions.co.uk or call us on 01282 611329