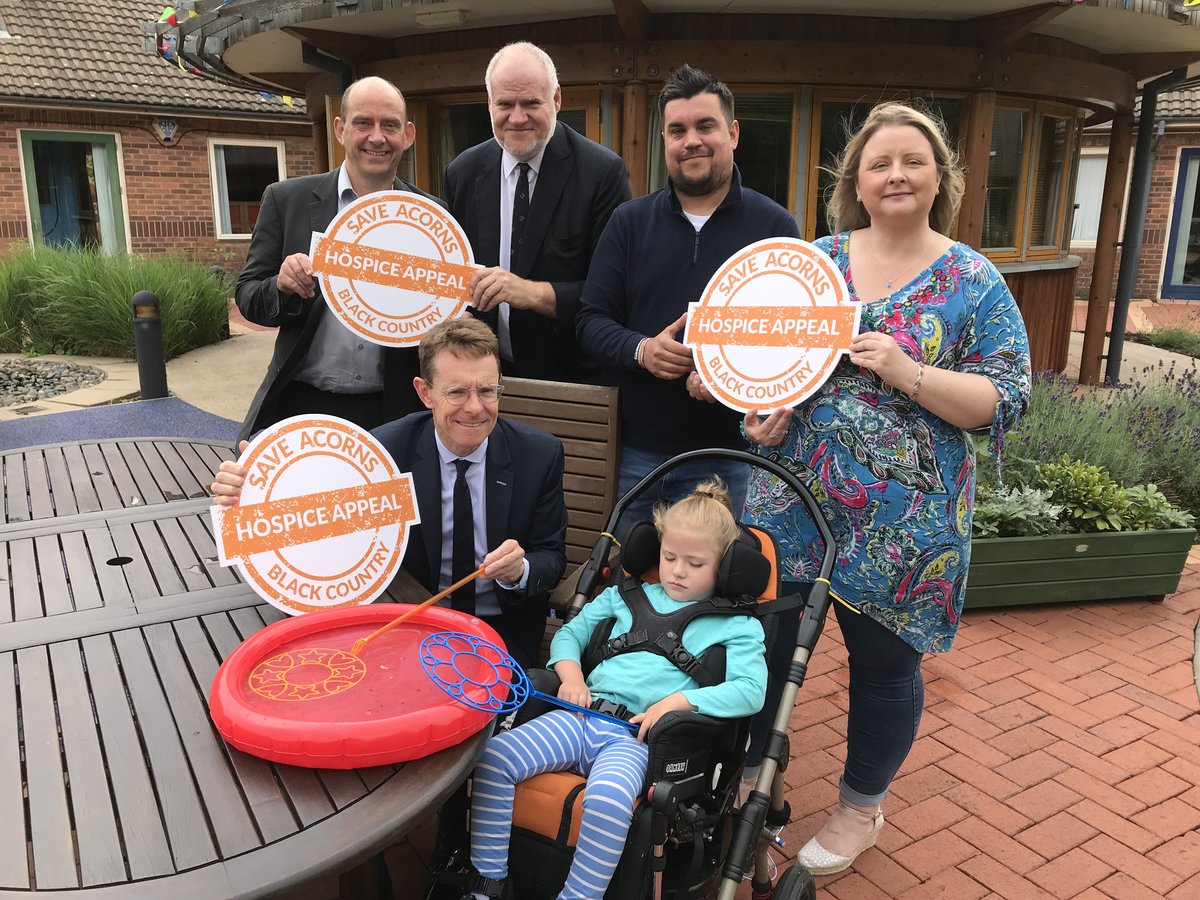 Acorns Children’s Hospice has announced Mayor of the West Midlands, Andy Street as a Patron of its urgent Save Acorns Black Country Hospice Appeal.

The Mayor, a longstanding supporter of the charity, visited Acorns in Walsall (Tuesday 31st July) to meet staff and families and formally give his backing to the £2 million fundraising quest.

Toby Porter, Acorns Chief Executive, said: “We are absolutely thrilled and hugely grateful for the Mayor’s backing as we embark on this urgent appeal to safeguard our vital care for families in the Black Country.

“Andy Street has been a generous and loyal supporter of Acorns for many years, including running half marathons for the charity. We are delighted to be able to count on his expertise and support as Patron as we look to build on the encouraging early response to the Save Acorns Black Country Hospice Appeal.

His involvement will be a huge boost to families and staff at the hospice. We will look forward to working closely with Andy over the coming months.”

The Save Acorns Black Country Children’s Hospice Appeal was launched by Acorns on July 19th, following the lifeline provided by new funding commitments from the NHS locally and nationally.

The appeal needs to raise £2 million to safeguard the long-term future of the Walsall hospice, and to fund the care provided there to children and families until the full amount of new Government funding is reached.

Andy Street, Mayor of the West Midlands, said: “I have seen how vital Acorns specialist care is across the West Midlands so it’s an honour to give my backing as official Appeal Patron for this very important campaign.

“I’m passionate about the work of Acorns and very much look forward to working closely with the charity to explore ways I can help move this campaign forward and ensure this well-loved and invaluable service is there for any child or family in the Black Country who needs the support of Acorns - now and for the future.

” The lifeline for Acorns in the Black Country follows a commitment of significant new NHS funding from Black Country healthcare commissioners and an earlier announcement by NHS England that they would double their central funding support to the country’s children’s hospices over the next five years.

This means the Acorns children’s hospice in Walsall can stay open to Black Country children and families until at least the end of March 2020.

For more information and to donate towards the Appeal, please visit www.acorns.org.uk/appeal