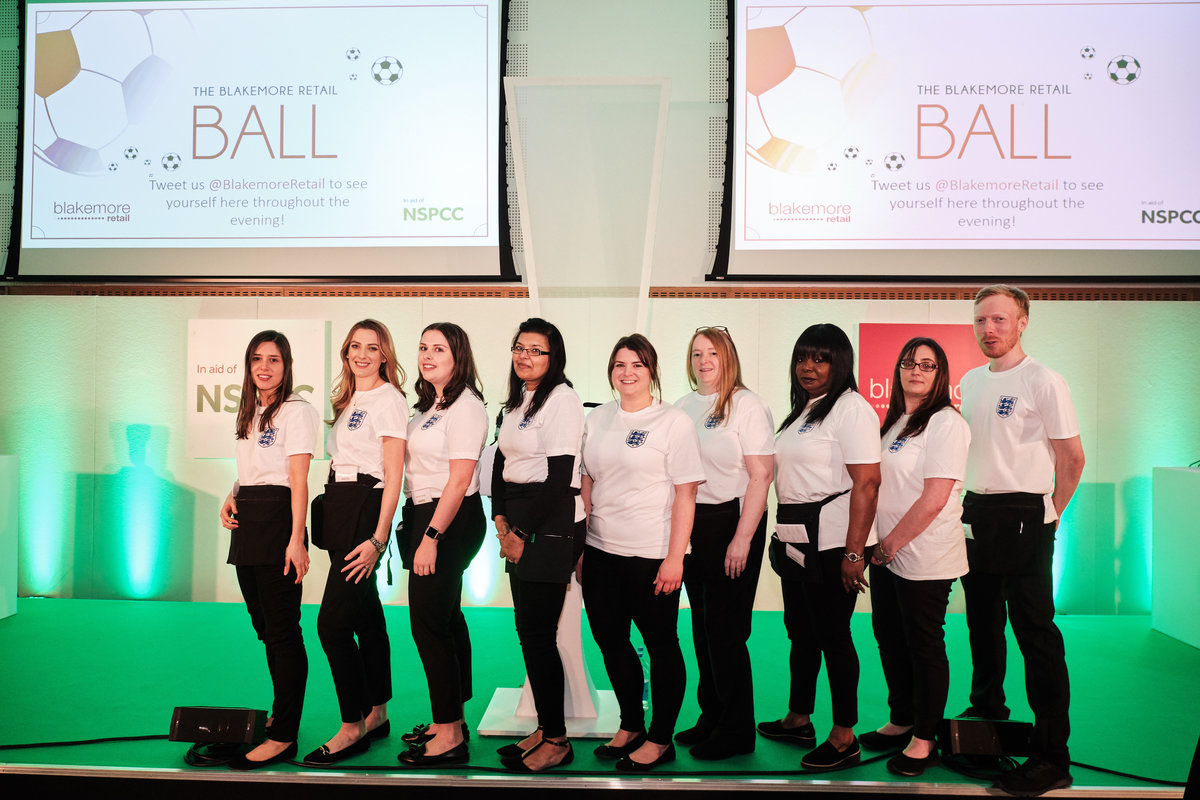 Blakemore Retail has raised thousands of pounds for the NSPCC at its third Charity Ball.

The event was held at the Hilton St George’s Park on 5th April to celebrate the partnership between Blakemore Retail and the NSPCC and recognise the fantastic fundraising that takes place across the business each year.

Guests were greeted with a drinks reception and then enjoyed a delicious three-course meal and an evening of fundraising and entertainment, including performances from Football Freestylers, a karaoke session, with a disco and dancing later in the night.

The Carabao Cup was also on display at the event for guests to take their photos with.

Fundraisers included a scratch card raffle, spot the ball, a live raffle, plus silent and live auctions. The event saw guests bid on some incredible prizes, including a private box at Ascot Races for 12, a signed and framed England shirt, and a paradise holiday in the Maldives.

NSPCC Associate Head of Corporate Partnerships Kirsty Lawson said: “It was a fantastic evening that raised an incredible amount for the NSPCC Schools Service. It was a privilege to attend and see so many dedicated Blakemore Retail employees and company suppliers come together to raise funds for us.

“We really appreciate all that Blakemore Retail do for the charity and yet again I am blown away by their incredible efforts.”

A.F. Blakemore & Son Managing Director for Operations Geoff Hallam commented: “I am delighted that our third charity ball has been a resounding success, topping off another fantastic year of fundraising for the NSPCC.

“I would like to thank everyone involved in making this year’s ball possible, whether by sponsorship, raffle prizes, donations or just as important, organising the event itself. I hope everyone who attended had an enjoyable and memorable evening and thank you again for giving so generously to this amazing charity.”

Blakemore Retail has been a partner of the NSPCC since 2007 and has raised over £3m for the Schools Service over the last 12 years.