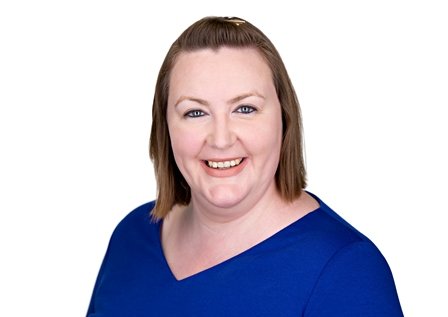 A family lawyer specialising in domestic violence has shown support for a nationwide campaign aimed at challenging and ending domestic abuse and sexual abuse.

Hannah Bridgwood of national law firm Clarke Willmott LLP says the 16 Days of Activism campaign organised by UK SAYS NO MORE is an important reminder that everyone can play a part in ending domestic abuse and sexual violence.

Hannah along with support from Clarke Willmott has launched a social media campaign around the topic and is urging others to make a difference by pledging to learn about the issues, speaking out and sharing resources and information.

Taking place from 25 November until 10 December the campaign was first started by activists at the first Women’s Global Leadership Institute in 1991 and is now recognised by the United Nations. The campaign provides open-source tools and resources for individuals, businesses and organisations to take action and get involved in ending domestic violence and sexual assault.

Hannah said: “16 Days of Activism is a fantastic campaign to raise awareness of domestic and sexual abuse which is one of the most prevalent crimes in the UK.

“Campaigns like this are so important to let people know that there is help out there and that what they are experiencing can be stopped.

“With statistics that state that in the UK on average two women each week are killed by their current or former partner, that every hour of every day the police receive over 100 calls in relation to domestic abuse and for every three victims of domestic abuse, two will be female and one will be male this is an issue that needs to be acted on now.

“I find so often that my clients are totally unaware of the rights they have and the laws that can protect them against all aspects of domestic abuse including physical, sexual and financial abuse as well as coercive and controlling behaviour.

“Seeking the assistance of a specialist family lawyer can help explain the many legal options for protection available as well as providing and signposting to support for the practical issues. It is also important to highlight the many other options for support available too, such as the domestic abuse charities and support services.

“At Clarke Willmott we have started a social media campaign to start raising public awareness about some of these issues.”

Hannah believes the government could do more to help victims of abuse access support. The December general election has halted the progress of the Domestic Abuse Bill through Parliament.

“The Domestic Abuse Bill pledged funding to enable all victims of domestic abuse and their children to access support in safe accommodation, to expand the legal definition of domestic abuse to include coercive/controlling behaviour and financial abuse and to prevent perpetrators of domestic abuse being able to cross examine their victims in court proceedings. Sadly the bill has been delayed due to the December election but I would urge the new government to make this Bill a priority to address this very real social evil.

“Domestic abuse can have a devastating effect on men, women and childrens’ lives. It is important to raise awareness of what constitutes domestic abuse and the steps survivors can take to escape. If anyone reading this is in immediate threat of harm, I urge them to contact the police to get protection but if you want to plan your escape contact Women’s Aid, Menkind or me so that we can help make a plan to get you and your children to safety.”

Hannah can be contacted at Hannah.Bridgwood@clarkewillmott.com or 0345 209 1698.