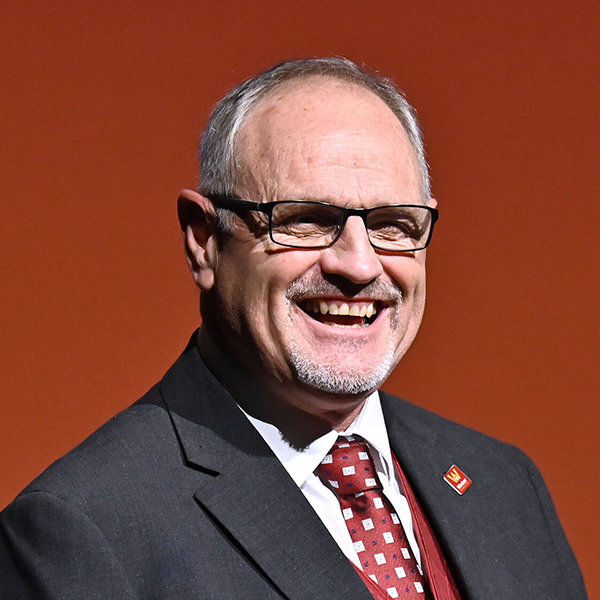 Windsor Academy Trust CEO, Keith Sorrell, has retired after serving 6 years as CEO and 16 years as Headteacher at Windsor High School and Sixth Form in Halesowen, among his other teaching roles in the region.

A leader of education has retired after 22 years of dedicated service to improving the lives of children across the West Midlands.

Windsor Academy Trust CEO, Keith Sorrell, retired at Christmas after serving 6 years as CEO and 16 years as Headteacher at Windsor High School and Sixth Form in Halesowen, among his other teaching roles in the region.

Always putting children first and striving to improve their life chances, Keith has made an enormous impact on education in the region and leaves a lasting legacy.

Keith began teaching in Staffordshire and Birmingham before joining Windsor High School and Sixth Form in 1999 when the school was in serious weaknesses. Keith made immediate improvements, which saw the school recognised as one of the most improved in the country in 2000, before guiding Windsor High School to an 'Outstanding' Ofsted rating in 2008.

Recognising his extraordinary work, Keith became a National Leader of Education during the same year, acknowledging his leadership and effectiveness in supporting schools in challenging circumstances. During the same year, Windsor was selected as a National Support School and awarded an International School Award.

In 2010, Keith's vision for providing a high-quality sixth form for young people in Halesowen came to life when the sixth form building at Windsor High School was officially opened. The sixth form continues to thrive, providing excellent education to over 300 students.

Windsor High School became one of the first converter academies in 2011 when the school was approached by the Department for Education and asked to sponsor other schools in Wallsall that needed help. Windsor Academy Trust was formed, and speaking about becoming an academy, Keith says:

"We always wanted to help others and collaborate, so this was the perfect opportunity to start the journey where we could support other schools."

"Whilst we have grown, we have kept our family values, we've kept our sharing and collaboration - we're really proud of what we have achieved over the past ten years."

Keith became CEO of Windsor Academy Trust in 2015 and has overseen significant investment in facilities and infrastructure across the Trust's schools as part of a commitment to continuous improvement and providing great places for children to learn. This has included the development of the new school building for Rivers Primary Academy, which opened in September 2020, significant improvements to outdoor learning spaces across WAT's schools, and the development of a new nursery at Goldsmith Primary Academy which will open next year.

In addition, there has been significant investment in digital technology and over £2.5m invested in a more sustainable future through decarbonisation works. In addition to his role as a CEO and headteacher, Keith has worked as a Secondary Consultant to the DfE and sat on the School Workforce Group. He was a member of the Association of School and College Leaders Council for over a decade and sat on the Star Chamber at the DfE, which then dealt with all aspects of data collection for local authorities and academies.

More recently, Keith has been a Governor at Hartlebury Castle for a couple of years and is currently Governor at the University of Worcester where he is looking forward to continuing his links in education.

Alongside an extensive teaching career, Keith was an international hockey coach. He took the England Men's team to the 1994 World Cup and the European Championships, Wales Ladies 1986 to 91 and was a GB Olympic selector between 1994 and 1996. He also coached Cannock Hockey Club to national titles and European finals from 1999 to 2002.

Looking back on an extraordinary two decades, Keith says:

"I'm incredibly proud to have had the privilege of being CEO, it has been a great honour. I'm really proud of the impact we have made on children and the communities, particularly in those schools that have been challenged, and the transformation of our school buildings through capital investment and a commitment to a more sustainable future. Finally, I'm incredibly proud of our response to support children, families and staff during the Covid-19 pandemic. Overall, I'm extremely proud to have led this family, and it has got an exciting future ahead!"

Keith's passion for improving the lives of children through education and putting those most in need first will continue to drive the Windsor Academy Trust family forward as they power into their second decade with current Deputy CEO and Education Director Dawn Haywood starting her role as the new CEO in the new year.