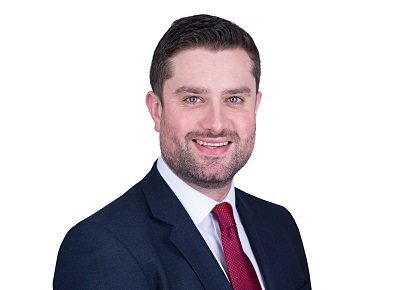 Family law experts at national firm Clarke Willmott LLP are urging people to seek professional help to navigate these new changes and avoid being caught out by outdated advice.

With the new Divorce, Dissolution and Separation Bill or ‘No-fault divorce’ due to come into effect in Autumn as well as unclear guidance on post-Brexit divorce for international couples, family lawyers and anyone thinking of separating, are having to get used to the ‘new normal’.

To help with the uncertain times Clarke Willmott has launched an online tool ‘Parting Ways’ to give people confidence they are working with up-to-date information and get a sense of their legal position before committing to any action.

Chris Longbottom, Partner and Head of Clarke Willmott’s family team, said: “This is a major year for family law so we wanted to help people to make sense of the law as it is now and gain a better understanding of their personal situation as a first step before they seek full advice.

“When thinking about a divorce, civil partnership dissolution or co-habitation separation there are a lot of factors to consider including finances, living arrangements, child custody and maintenance, pets and assets.

“While the tool doesn’t provide formal legal advice it does give users a report and an overview of points for consideration, which would usually take dozens of internet searches and often, conflicting guidance. It is there to help demystify divorce and separation at a time when emotions and stress are high.”

One of the major changes this year is the introduction of the no-fault divorce.

Chris continued: “No-fault divorce, as it is widely known, will be the biggest update to our divorce law in decades, introducing changes that will keep pace with modern day life.

“The new law comes into effect in Autumn 2021 and means the petitioner can now set out a statement – which can be agreed between the couple or not – detailing the irretrievable breakdown of the marriage, rather than setting out blame. It also removes the ability for the other party to contest the divorce if the other wants to proceed.

“The current system where proof of the breakdown of the marriage is required and blame apportioned to one party, often creates conflict where perhaps there wouldn’t have been. The new system is much less confrontational and more appropriate for the 21st century.”

Further modernisation of the system comes as a result of coronavirus with remote video hearings here to stay, to some degree. An online portal for submitting divorce petitions is also available and digital papers are now commonplace.

Brexit is another significant issue since the transition period ended on 31 December 2021. There has been no clear guidance on post-Brexit divorce for international couples in the UK and how they will be enforced across borders.

The ‘first past the post’ position where the country where divorce proceedings were first issued would generally retain the proceedings is no longer the case for the UK.

Outside of divorce law there have been important changes to domestic abuse laws. In the midst of the pandemic the government announced measures to better protect victims of domestic abuse after the lockdown meant that those trapped in abusive situations couldn’t access assistance freely.

A new ‘Domestic Abuse Bill’ is awaiting its second reading and looks to re-define domestic abuse to include not only physical but also emotional, coercive, controlling and financial abuse. It also aims to remove the ability for parties to question the victim in court themselves.

Chris said: “We have already seen a shift in how couples are approaching separation talks. Delays in court proceedings have led to more couples looking at alternative dispute resolution to resolve their issues and avoid court altogether. This is something you may consider after going through the Parting Ways tool.

“It will be an interesting year as the dust settles and we get to grips with the new systems in place, which, hopefully, will be positive for families going through what is already a tough time.”

Clarke Willmott’s Parting Ways tool is free and available to everyone. Developed by the firm’s family team, the digital toolbox is aimed at those whose marriage, civil partnership or co-habiting relationship has broken down irreparably.

The tool takes a few minutes to complete and guides the user through a series of questions before generating a free report and route map that is tailored to their responses. It does not ask for any personal information and gives a high-level legal overview of common situations.

To find out more or to access the tool visit www.clarkewillmott.com/parting-ways