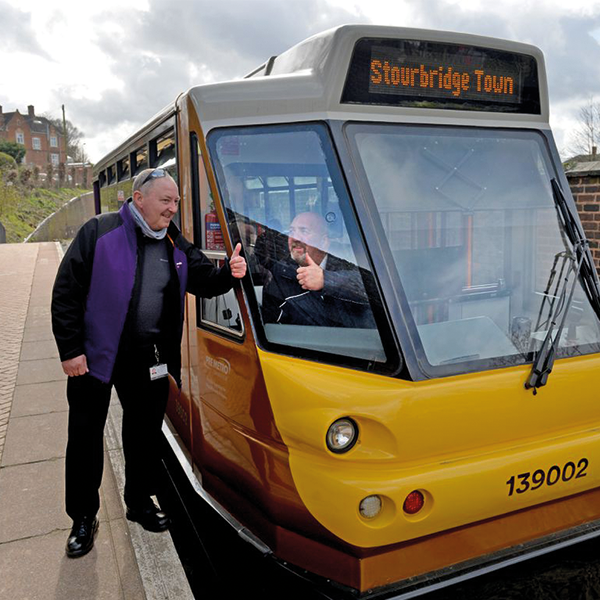 The UK's Most Reliable Train Operation

The Black Country's own Stourbridge Shuttle remains the most punctual railway operation in the UK - currently having a reliability rating of 99.84%

The Stourbridge Shuttle remains the UK’s most reliable train operation, recording an average PPM rating of 99.84% so far this current Railway Year.

It is also beginning to see patronage figures return to normal as restrictions have been lifted, with the service carrying over 100,000 passengers since 1st April 2021.

Earlier in March, Pre Metro submitted several bids to the Department for Transport’s “Restoring Your Railway” scheme, one of which aims to establish a passenger service between Stourbridge and Brierley Hill.

Whilst still awaiting a response from the DfT, the local train operator has upgraded and improved the service; whilst still retaining their incredible reliability rating.

With both track and vehicle improvements implemented between February and May 2021, returning passengers are having a more comfortable experience and the vehicles have seen increased reliability.

Out of 25,062 scheduled services this year, only 50 have been missed due to unexpected incidents. That translates to just over 4hr out of service since the railway year began due to our 10 minute frequency.

Pre Metro’s Operations Manager, Andrew Merrell, is incredibly pleased that the regional team of mechanics and drivers have been able retain their high levels of excellence despite the current pandemic.

“Our team has an incredible work ethic and we’ve managed to ensure services have remained running despite many Covid complications. At a time when it seems common for railway services to have been reduced or cancelled, we have managed to balance our resources and safely upgrade the service with minimal effect on our schedule, our staff, and our patronage.”

Local Stourbridge MP Suzanne Webb has also sung praises of the Pre Metro Team and extended her support for the Stourbridge Dasher.

“I am really proud that the Stourbridge Shuttle is the country’s most reliable train service. This is a real testament to the operator and the staff who have done a magnificent job during the challenging times we have all recently faced.”

“I know the service is very popular with residents who value this reliability. I also know they would like to see a further service from Stourbridge to Brierley Hill and I continue to endorse this application for government support through the Restoring Your Railway fund.”

The ‘Stourbridge Dasher’ project would see the freight line between Stourbridge and Brierley Hill utilised by a reliable, frequent, and eco-friendly VLR vehicle to provide passenger services to local residents.

Recent surveys undertaken by Pre Metro indicated that 87% of locals supported the idea and would regularly use the service for shopping, leisure, and family visitations in both locations.

With passenger figures expected to return to previous highs within two years, the introduction of another reliable Very Light Rail service alongside the Shuttle, could play a key role in restoring railway patronage in Dudley and help regenerate the local economy.