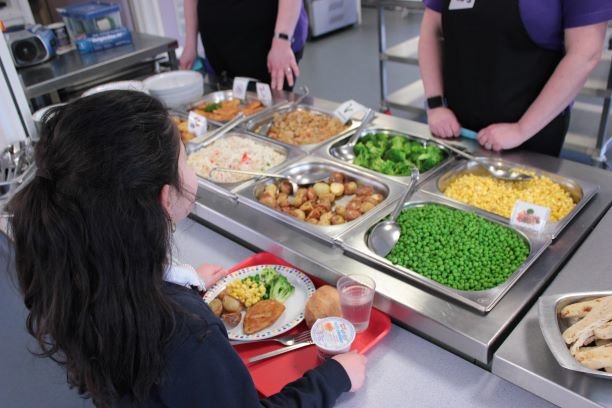 WE MUST ALL PULL OUR WEIGHT TO FIGHT CHILDHOOD OBESITY

Brian Cape, CEO at SIPS Education, examines the ongoing challenges of obesity in schoolchildren, and what local authorities, schools, and organisations such as his own can do to fight it

Childhood obesity is a growing issue – in every sense. There are myriad factors at play – from socio-demographic to geographic, education (of both students and parents) to the three lockdowns of the last 12 months. As a school meals provider to 60 schools in Sandwell and the wider West Midlands, serving to around 15,000 students a day, it is of course high on our list of priorities. A poor diet can have significant effects on children's behaviour, concentration and mood. Children with diets lacking in essential vitamins, minerals and essential fatty acids tend to perform worse academically, cannot concentrate and are more aggressive. Worrying trends Sandwell is a deprived borough in the Black Country, where the obesity figures are above the national average. Figures for 2019/20 from the National Child Measurement Programme (NCMP), which measures the height and weight of children in reception class (aged 4 to 5) and year 6, show that 12.8% of reception age children in Sandwell are classed as obese or severely obese – making it fourth highest in the West Midlands (behind Stoke, Wolverhampton and Walsall). The national average for England is 9.9%. For Year 6 pupils, the figure is 28.5%, putting Sandwell second in the table, with only Walsall above it. The average for England in this age group is 21%. There is a clear link with obesity and socio-economic depravation. Joining the fight So, what are schools and catering providers doing to combat this, and how can we work with parents and students to turn the tide? At SIPS, all of our meals and menus follow the School Food Plan (www.schoolfoodplan.com). Published in 2013, it set out 17 actions to transform what children eat in schools and, importantly, how they learn about food. The introduction of Universal Infant Free School Meals in 2014 was incredibly welcome, although evaluation can be sketchy, and funding constantly in doubt. While the introduction is generally considered to have raised standards, it’s also seen a huge influx of catering providers, some of whom perceive school meals to be a cash cow (as a not-for-profit organisation, this simply isn’t on our agenda). This can be a race to the bottom – cheaper prices to win business, lower quality offerings which can mean more processed foods and less healthy options. The treatment and benefits for hard-working Staff can also be eroded. It’s also not an aspect of schools which is officially policed by Ofsted – but should be. Many of us consider that the funding for school meals should be ring-fenced, so it always goes where it should, but at present it’s included in the overall school budget. This means that occasionally, well-meaning schools with budgetary pressures might find themselves unavoidably or inadvertently spending ‘catering’ monies in other areas. Stronger Sandwell In Sandwell, a number of programmes have been introduced, aiming to complement the work being done in schools, including the abolition of so-called ‘fat letters’ being sent to parents of children who are rated obese by the National Child Measurement Programme (NCMP). Instead, all parents in the borough are sent an information resource on healthy eating and wellbeing, not discriminating those who have been classified as obese. Sandwell has introduced a number of initiatives to combat obesity, including its community-led Stronger Sandwell programme, and a Sandwell Wellbeing charter mark for schools, as well as a borough-wide policy which prevents new fast food outlets opening within 400m of a school. The council’s work to date has already led to significant improvements in young people’s physical activity, showing that a positive and non-shaming approach can produce change, says Lisa McNally, Director of Public Health for Sandwell. “Until we address body image and self-esteem in young people, we’re not going to address childhood obesity; give me a child that has a good, positive image of themselves, and I’ll give you a physically healthy child. While we’re still talking about ‘fat’ and ‘obesity’ in a derogatory way, then you’re going to struggle.” What’s next? If we are going to win the fight against childhood obesity, therefore, what’s on the school-catering wish list? Free school meals for all primary school pupils Fully ring-fenced and appropriate funding – so all the money goes where it should Removal of the ‘profits’ incentive to catering providers Measurements and benchmarking to track genuine progress Schools focus on lunches as being social learning, not just a distraction in the academic day This is no overnight, quick fix; it requires a multi-agency approach between councils and organisations like our own. The involvement and engagement of all stakeholders – from local authorities to schools and academies, staff, parents and pupils – is vital if we are going to win the fight against childhood obesity.