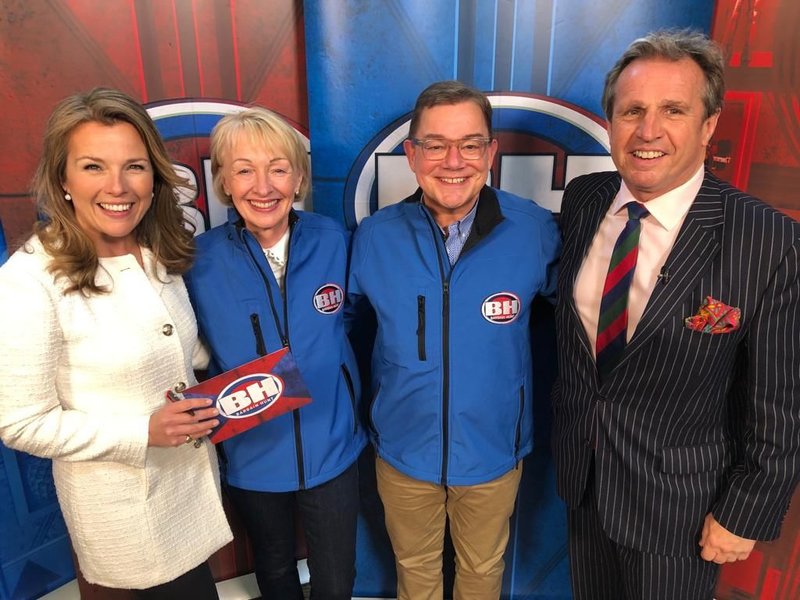 A Black Country CEO has swapped the boardroom for bargains in a TV show debut, due to be aired this Tuesday (9th August).

Hosted by antiques expert Christina Trevanion (who runs Shropshire-based Trevanion Auctioneers and Valuers), the show sees two teams go head-to-head in a bid to buy and sell antiques for the highest profit.

Kevin said: “It all started during lockdown when I became a little obsessed with watching Bargain Hunt during my lunch breaks. It was at the end of one of the episodes when they asked for applications from people who thought they could do better – which I did, and so I applied!”

The antique ‘hunt’ took place at Oswestry Showground and saw Kevin and Lindsey – guided by international auctioneer Richard Madley – given 60 minutes to seek out the best bargains possible before taking them to auction.

“I knew absolutely nothing about antiques before I went on the show” Kevin explained.

“Other than what I’ve picked up watching Bargain Hunt over the past 18 months – which has often seen me shout at the TV screen making judgments on contestants’ purchasing choices!#

“Being followed around by a film crew for a whole day was certainly different to my usual day in the Paycare office – but it was an absolutely fantastic experience. The presenters, crew, and contestants were all amazing to work alongside – and it was fascinating to see just how a show like this all comes together.

“I’m under very strict instructions not to give the game away and say who won on the day, so you’ll just have to tune in and find out!”

Kevin’s Bargain Hunt appearance is scheduled to be aired on Tuesday 9th August at 12.15pm on BBC One.